Home
General Insurance
Could a boiler breakdown send you spiralling into debt?
Prev Article Next Article

As the effects of the economic downturn continue to bite, predicting your financial future is more important than ever. With a VAT hike on the horizon and fuel bills continuing to rise, hard-pressed families are finding their budgets squeezed from all sides. 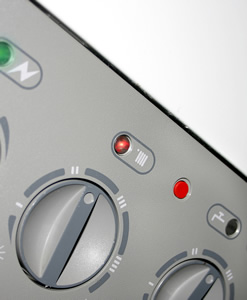 In particular, utility bills – a core outgoing for most families – are expected to go through the roof in the coming years.

For this reason, it’s essential that you’re as prepared as possible for what the future may bring. Setting yourself a monthly budget which doesn’t exceed your income is always sensible – but it may no longer be enough to secure your financial future.

An unexpected bill or repair job could really hit you hard in the pocket – and could lead you down the path to unwanted debt. One way to avoid this difficult situation is to take advantage of the peace of mind that home emergency insurance brings.

By having cover in place, you’ll never have to worry about stumping up for a large repair bill or unexpected breakdown. With fast and friendly tradesmen available 24/7, you’ll be reassured that a fully-qualified expert is on the way to fix the problem sooner or later.

After all, the alternative is hardly the most attractive of scenarios. If you haven’t got cover such as boiler repair insurance, it’s worth considering just how you would deal with a heating system breakdown.

You may be lucky enough to have savings to fall back on, but what if you’ve already drained these, for example for a holiday or new car? Would you go into your overdraft? Put the bill on a credit card? You could even opt to take out a bank loan or payday loan, which are notorious for their extortionate interest rates.

Research carried out last year showed that paying for repairs is a major problem in the UK – an estimated 1.7 million households have been forced to go into the red to cover a domestic disaster. In the three-month period covered by the study, around £1.9 billion was spent on sorting out household emergencies such as burst pipes and broken boilers – a figure which could frighten even the most frugal family.

With only 15 per cent of households protected by adequate insurance, the report painted a picture of a nation living in a domestic emergency zone, unable to afford to pay a tradesman to fix a problem.

No one can completely predict the future – but at least you can prepare for it with the right insurance.