Home
Smartphones
Which Smartphone are You?
Prev Article Next Article

In today’s world, there are probably only a few things we can say that everyone has or owns on the planet. If only we could say health, money and a place to live. Sadly no, as we have areas around the globe where this is not true, that’s for another article. But there is a very high percentage of the population that owns a Smartphone. 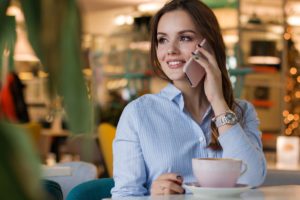 It comes to almost half the world’s population at the last count (2018). Take away the elderly and the young who don’t own a mobile then the count is more than those who don’t.

This is big business around the world, with more and more new manufacturers popping up and creating new Smartphone models at more affordable prices. This indicates that maybe the percentage may probably go up as to some this is an expensive must have. These new manufacturers are not only in Asia where a lot of the new branded phones are being made from other locations around the world.

We can expect to see more choice from companies we have not yet seen before.

The Smartphone’s that are emerging mainly from China are now equal to the brands we already know and use. At a fraction of the price, however, this does not affect the devices performance or the functionality in any way. Only a few years back these Smartphone’s were a questionable purchase and a relative minefield when choosing one. Today it’s a completely different story, people should not fear to buy these new brands as they will not be disappointed.

Currently, it’s estimated that over a third of the world’s population own a Smartphone standing at 2.53 Billion users.

Which one are you? Do you only buy the Apple iPhone and stick with iOS devices, which many people think are far superior to the equivalent. Apple iPhone’s currently counted for just over half of the world’s users. Meaning that Android and Windows users are stepping up and fighting back against the Apple conglomerate.

The other user’s mainly being Android is growing rapidly in numbers since the last few years where the option for non-apple products has greatly improved. Let’s face it, Apple did control the market at one point, their Smartphone’s where better in almost every way. I can only assume that the high purchase price stopped many people from buying one. Android was the cheaper option with almost the same capabilities, the second best option. 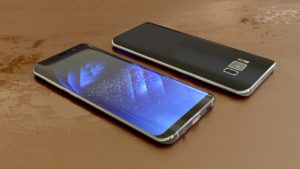 Today that is definitely not the case, all the latest devices coming to the market are topping the iPhone with better functions that are almost blowing apple out of the water compared to previous years. Not only the electronic giants we already know like Samsung, but other smaller manufacturers are producing high-quality Smartphone’s with great functions and unbeatable usability.

It’s clear that the Non-Apple users are climbing back out of the shadow of which we have been in for quite some time.

We can confidently say that some functions crush that of the Apple iPhone. You are able to everything that you can with the iPhone and in some cases do it better. You are able to watch the latest blockbuster in full HD quality on a larger screen with no edges, visit your favourite casino and play some online slots with ease, take control of all your banking needs and have a virtual wallet with all details in one app. Fingerprint and eye recognition for security measures, a virtual assistant you only speak with, a camera that adjusts to the light like a human eye and much more.

Today’s Smartphone’s are the best they have ever been and they will only improve, so are you a loyal Apple user now thinking of switching or a diehard Android user that will stay loyal?