Home
Car Insurance
What Is Not Covered As Part Of A Car Insurance Claim?
Prev Article Next Article

Motorists are trying to include things they know very well are not covered by insurance as they make a car insurance claim. Is this true or are they simply confused over what’s included? 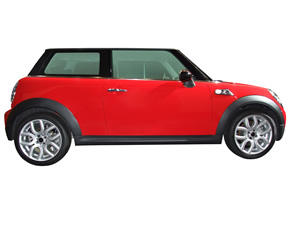 It seems motorists are trying to pass off old damage and normal wear and tear to their vehicles as part of genuine car insurance claims in order to get their insurers to pay for all their repairs.

Here’s a look at some of the top insurance claims tricks and misconceptions.

‘Two For One’ claim

This is when a driver tries to get old damage on their car fixed as part of repairs being done as a result of an accident.

In reality, assessors and garages can easily identify such old damage and will not do the repairs.

‘While You’re There’ claims

This is basically a variation on the ‘Two for One’ claim. The motorist asks the garage to fix old damage ‘as a favour, while you’re there’, expecting the repairer to effectively hide the cost within the invoice to the insurer.

If a garage does such repairs they risk being caught and losing their insurance work. So in reality they will not agree to this.

The cost of fraudulent repairs is passed on to policyholders as higher premiums.

‘Not Actually a Claim’ claim

Under this trick, motorists try and claim for mechanical problems or mistakes they have made, such as putting petrol in a diesel car.

These claims are simply not valid and will not be supported by the car insurer.

‘It Must Have Been Caused By The Accident’ claim

Sometimes as accident repair work is carried out, further damaged or worn parts may be uncovered. These are clearly not connected to the accident but the owner of the car will seek to get them fixed or replaced as part of the claim.

Assessors and garages will be able to determine what was and what was not caused as a result of an accident.

If it wasn’t caused by the accident, then it’s not covered by insurance.

‘It Was In My Boot Or Glove Box’ claim

Not requiring a repair but this trick sees the car owner claim they had expensive items locked in their boot or glove box which were stolen.

In the majority of cases, thieves will target cars which have such expensive items on display. Insurance assessors will be able to tell if the facts of a crime do not match up with the policyholder’s claim, such as a broken rear window when the driver claims the item was locked up in the boot. T

o be covered by insurance, drivers do need to take precautions to keep their personal belongings safe.

Even though their car was in a dilapidated state before a crash, owners expect it to be returned in showroom condition following repairs.

In reality of course the garage is only expected to and will only fix the damage caused by the accident.

As part of repairs, drivers often ask or expect a free service and even an MOT to be carried out.

As previously, this extra work will not happen. The garage will only fix the damage cause by the accident damage referenced in the claim.

Many drivers believe their cars can only be fixed by a main dealer for the manufacturer, particularly if it is still under warranty, a perception that is promulgated by the main dealers themselves who stand to gain the most by taking up repair work and claiming to be ‘specialists’.

This is not the case, even if the car is under warranty.

In fact, many main dealers actually outsource bodywork repairs to the same firms insurers use, and then charge a much higher rate.