Whether it’s running out of your shower or helping you make a cup of coffee, water is an essential part of our day – but when it’s leaking in your home, water can be nothing short of a disaster. 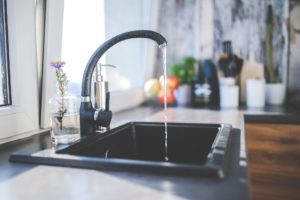 The Association of British Insurers suggests that insurance companies pay out over £1.8m for water-related claims every single day – making it one of the most common significant problems we face as homeowners or tenants. The trouble is, we tend not to think about water damage until it’s too late – sometimes leaving ourselves liable for any repair costs.

To avoid being out of pocket, it’s important to understand a few water-related terms – along with exactly what your insurance policy covers you for.

‘Escape of water’ vs ‘flooding’

Not all water damage is considered the same by insurance companies, and as such, they usually refer to either “escape of water” or “flooding”. Escape of water is used to describe any situation in which water has leaked from somewhere it shouldn’t – for instance, a washing machine, a blocked toilet, central heating system, frozen and damaged pipes, and so forth. 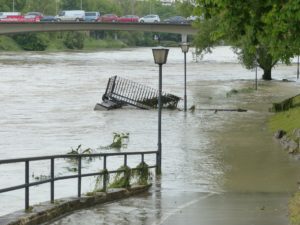 Flood damage is water that’s entered your home from outside – perhaps from river bursting its banks, a broken water main, or similar.

It’s worth noting that escape of water claims generally don’t automatically include instances where there’s an element of negligence involved – if you’ve accidentally let a bath run over or you’ve drilled into a water pipe while doing some DIY for example. You should double-check with your insurance provider – but situations like these generally need ‘accidental damage’ cover on top of the basic policy.

Water can be a tricky customer to deal with. While a damp spot that’s showing on your ceiling might lead you to believe you know where the problem’s coming from, the evidence of a water leak often shows up a long way from the source of the issue.

As such, a good insurance policy will include cover for ‘Trace and Access’. Trace and Access is the process involved with both finding the leak – and getting into the root of the problem to fix it. Usually, a specialist company with water detection equipment will need to come to your property and spend a little time tracking the leak down.

Without trace and access cover, the process of finding a leak can be a bit of a ‘lucky dip’ that may involve lifting your floor, opening your walls, or digging under gardens and driveways. Because of this, it’s well worth checking to make sure it’s something included in your policy – it has the potential to save you a lot of money and disruption. 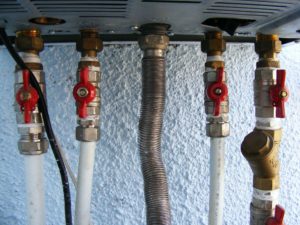 Insurance policies almost always require a homeowner or tenant to make sure the property is maintained in a way that helps to prevent leaks.

This means, if you have to make a claim for a leak, the company providing your cover may ask to see evidence that your central heating system has been properly maintained, or that any damage done isn’t something you’ve been ignoring for months or years!

Make sure you check for any signs of leaks in your property. Frequently dropping boiler pressure can often be a sign that there’s something wrong – as can suddenly noticing that your water meter is clocking up more water use than normal. There’s no sure-fire way to protect yourself from all leaks – but staying alert can be the difference between your insurance company paying out, or the bill hitting your pocket.