Trading in international currencies is an increasingly lucrative way to make money: the global economy is experiencing tumultuous twists and turns and the opportunity to make profit by wisely investing in swaying currencies at opportune moments comes with many ups and downs. 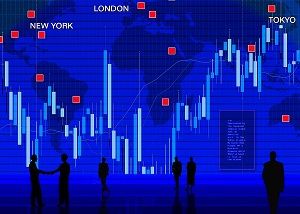 More than ever before, the money markets are subject to quick and severe changes due to the increasing influence of consumer confidence, ratings agencies, macroeconomic conditions, and political instability – and wise investors can try to predictively analyse all of these factors to make profit from sound currency investments.

Take for instance, the economic uncertainty in Europe: the Pound has recently risen to its highest level against the Euro in over three years, to 1.25 pounds versus its European equivalent – but there were arguably strong signs of the pound’s rise that could have been speculated beforehand.

Traders with the prescience to see this rise would have made significant amounts of money on Pound/Euro transactions.

Nonetheless, analysing all of the factors that can influence changes can be bewilderingly complicated so here are three tips to simplify the process, and the data, so that investments can be made more wisely:

Decent software can make the most difficult tasks simpler and more efficient, and the same is true when trading in the international currency markets. Effective trading software can greatly improve a trader’s ability to invest wisely.

Good software programs assist MACD and currency trading as they improve the speed at which transactions can be made and provide access to analytical tools, reports and market depth displays – usually through user-friendly investment interfaces that can allow online trading options. The combined effect is to make investing intuitive, quick and informed.

Newest examples even allow investments to be made from mobile devices.

Key example: MetaTrader 5 by Sunbird is the world’s most popular trading platform, and includes all of the necessary tools and information to facilitate informed investments.

Like any form of investment, the best results from Forex trading will come through knowledge of local conditions. This is especially true when trading in currency, as contributing factors like macroeconomic factors and political upheaval – influential on the currency markets of a given region – are best known to those in the know. And to be in the know requires local knowledge.

As such, it’s best to avoid currency transactions relating to regions that aren’t well known, or to work alongside someone with in-depth knowledge of an area.

Even if a trader’s knowledgeable about a given region, there’s still a lot of unpredictability over what can happen in the future – especially politically. Who could have accurately foreseen the Arab Spring or the crisis in Greece – apart from a few gifted geniuses like Nouriel Roubini who predicted the 2008 economic crash.

Interestingly, the rise of ‘big data’ – broadly meaning the storing and analysis of huge amounts of information – has given rise to tools that assimilate all of the information on the web – including conversations between people – to comparatively predict what may happen in the future to some reported success.

Key example: The aim of Recorded Future is to ‘unleash all that mankind knows about the future’ and is already being used by investors across the globe. Investors in the company include Google and the CIA.

The future is full of uncertainty and, for some wise traders, full of profit. Sticking to the three points above should help to bring in the returns.