Home
Spread Betting
The FTSE 100 Past, Present and Future
Prev Article Next Article

Back at the tail end of the twentieth century, as the public fretted about a new millennium and the Y2K bug, 30 December 1999 did not feel like a particularly significant day in the life of the FTSE 100. It closed at an all-time high of £6930.2, but that was nothing special and didn’t trouble the front pages. 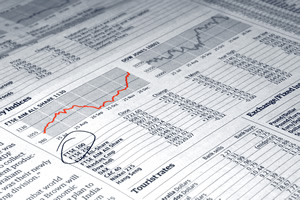 At that point, the FTSE 100 had been setting records for months. No one imagined – let alone predicted – that 15 years later that record would still stand.

Then the dotcom bubble burst, followed by 9/11, and just as the record figure seemed within grasping distance in 2007, the global financial crash hit.

This time last year there were plenty of optimistic City strategists and financial commentators confidently predicting that 2014 would be the year the FTSE 100 would finally break the curse and power towards £7000. But they were wrong.

It certainly wasn’t an unreasonable prediction, and the index did come within 100 points of the record in February, then May and again in September. However, by the end of the year the FTSE 100 had recorded its first annual fall since 2011: hit by falling oil prices, political instability in the eurozone, and uncertainty about Russia’s future.

The year got off to an unsteady start, with fears that Greece could leave the eurozone following a snap general election. Political fears figure closer to home, too, with Morgan Stanley citing ‘political risk around the general election’ as one of its four reasons the UK economy will continue to underperform this year.

Nevertheless, the financial multinational predicts a year end of £7200, good news for those who trade indices online. Citigroup, meanwhile, is even more optimistic: ‘We stick with our end-2015 FTSE 100 target of £7700. UK shares look cheap versus the rest of the world and versus credit/bonds’.

Of course, that’s the same Citigroup that was predicting £8000 a year ago, and there are certainly reasons to be doubtful.

David Cameron was warning of a second global crisis on the horizon as recently as November 2014, and the IMF has gone as far as to suggest that growth may never return to pre-crash levels. On the other hand, the annual FT economists survey suggests the UK is set to enjoy consistent growth reaching 2.6% by December 2015.

So will 2015 be the year the FTSE finally gets to 7000? There are certainly some positive signs, but unpredictability looks to dominate the year and it’s worth putting things into context with a couple of important points.

First – as Laith Khalaf at Hargreaves Lansdown has calculated – £10,000 invested in the FTSE on that fateful day in 1999 would now be worth just over £15,000, assuming reinvestment of dividends. A return of 50% over 15 years may be poor, but it’s not nothing.

Second, the FTSE is not the economy. It’s simply a measure of the share prices of its members at any one time – and they can change. That £10,000 invested in the FTSE 250, in contrast, would have gained a much more respectable 260%.

So the picture surrounding UK equities in the last 15 years isn’t quite as gloomy as many have tried to claim. But whether 2015 is remembered as the year that the FTSE finally beat its £7000 target – or the year that a ‘new normal’ was cemented in stone – remains to be seen.