One of the biggest cost considerations for anyone venturing out into the world of business is that of office space. While many people, such as freelancers, consultants and small business entrepreneurs opt to start running their idea from home initially, it can soon become more than a little restrictive. 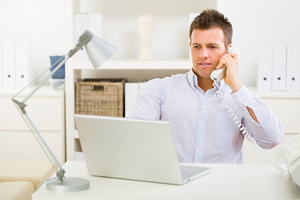 If you’re the sort of person who loves to get out and network or need to have a more visual ‘shop window’ then moving into purpose built offices is the next logical step.

Surprisingly, going down this route doesn’t prove as expensive as one might think. If you’re dreaming of ‘office space SE1’ or ‘desk rental W1’ then these postcodes are actually surprisingly affordable.

Maybe it’s a result of the recession, or simply that there’s a fairly large glut of available office space, even in prime locations such as the centre of London, but by using comparison tools found easily on the internet, it’s pretty easy to locate that office of your dreams.

Working from home is all well and good, but it can be quite a solitary experience and certainly doesn’t allow those crucial networking sessions that an open-plan office setup invariably provides.

Better still, renting some desk or office space can soon be paying its way as it’s more likely to bring in new clients and is also perfect for adding a professional veneer to your business. With a plush central London office and a postcode to match adding shine to stationary and your new website, things are likely to take on a whole new look, if you’re willing to take the plunge.

Eye on the money

If you’re worried about costs though, then this is one area where the desk and office rental schemes make a great deal of sense. The benefits with these is that they are generally on short-term agreements, and this is also setup up to run on a rolling basis in most cases.

So, if you’re concerned about the state of your finances, then it’s possible to dip your toes into the office rental world without having to commit to a lengthy contractual arrangement.

If you’ve got a business that looks ready to step past the ‘one-man band’ scenario and it’s going to have additional employees joining the ranks, then take a look at shared and serviced office options. The latter comes with much more in the way of frills than a basic desk rental deal, and you’ll often find that part of this picture provides not only receptionists and post facilities, but also IT infrastructure and support too.

How to do it

One of the quickest and easiest ways to make a foray into the world of desk and office rental schemes is to use the power of the internet.

There are now online search facilities that make locating a great deal in exactly the right location easy. They work in much the same way as finding a cheap broadband or mobile phone offer, and what’s more, it gives you an instant snapshot of what sort of rental rates people are being expected to pay. Take a look; it may just be more affordable than you think.

About the author: Rob Clymo writes on behalf of www.officegenie.co.uk, the UK’s first proper online marketplace for desk space and shared office space.