It’s now easier than ever to compare and switch your energy and broadband providers — you can do it all from an app. 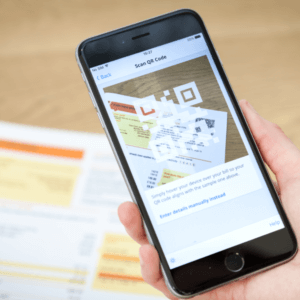 The UK’s top switching site now has a double award winning app that can help you save up to £618 on your energy bills while also giving you access to exclusive broadband packages. Quickly access the best energy and broadband deals for you, straight from your smartphone.

What can I do with the app?

If it’s about time you grabbed a better deal on your energy, you can scan your bill’s QR code for an instant, bespoke comparison, and you can even switch right in the app. If it’s a broadband deal you’re after, you can compare the fastest and cheapest deals in your area.

Once you’ve switched, the app will keep tabs on the progress of the changeover for you, and will notify you when your deal is about to expire and it’s time to switch again. It really couldn’t be easier to switch and save.

What are the features of the app?

If you’ve ever put off switching your energy provider, you can switch through the app knowing you’re in safe hands, with expert help along the way if you need any pointers: 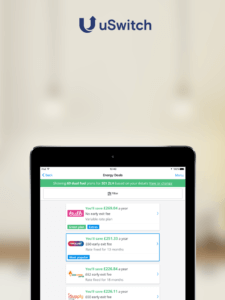 If slow broadband speeds are holding you back, it’s time to find your perfect broadband package: 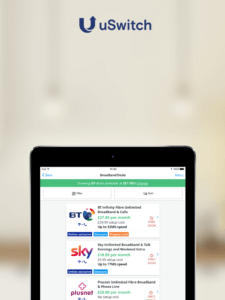 Which providers can I switch to?

Through the Switching Made Simple app you can choose from a range of different providers.

You can switch your energy to British Gas, E.ON, EDF Energy, ScottishPower, SSE and npower, as well as a dozen small suppliers including award-winning energy supplier OVO Energy, and the largest independent supplier in the UK, First Utility and many more…

You can also switch to all the big broadband suppliers: BT, Virgin, SSE, Plusnet, Sky and TalkTalk as well as a range of others including: EE, NOW TV, John Lewis Broadband, Post Office, Vodafone, bOnline, Relish and many more…

It’s as simple as picking the deal that’s right for you.

Where can I get the Switching Made Simple app?

Download the Switching Made Simple app through the App Store or Google Play. Within minutes your phone will be back in your pocket and you’ll have saved yourself some easy money.