When talking about progressive jackpots, we are talking specifically about jackpots that change over a specific period of time and not the same jackpot total every time you play. This adds to the experience and excitement for players, as the more players and the more money being used to place bets, the higher the progressive jackpot becomes for this type of slot game at Dream Jackpot. 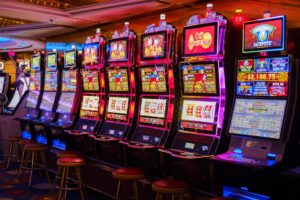 There is a huge following for these types of online slot games because they are the only way that people can become millionaires just by spinning the reel and they have seen many peoples’ lives change due to the impressive sizes of their wins.

Alternatively known as the “Millionaire Maker”, Mega Moolah has seen huge numbers of big wins thanks to its progressive jackpots and Microgaming have made quite the name for themselves with this slot. Released back in November 2006, this slot is still as popular as ever and has many slots games based on its concept. It is a medium variance slot with an RTP of 88.12% where there are 11,250 coins available for players to win. Place bets from 25p to £6.25 on this 5 reel, 25 payline progressive, video slot and also increase your chances of winning with its free spins, scatters and wilds.

This is a really fun progressive slot thanks to its safari theme filled with plenty of wild animals that are actually more of a help than a hindrance, leading to many roaring successes.

Though there are some serious prizes available here thanks to the progressive slot jackpot, this slot is actually Army based which is where it takes its name from. Released in January 2009, it sits well in the SlotRank Charts and Microgaming have again done well with this progressive slot. It has an RTP of 89.37%, a low variance, and wins can be enhanced by the bonus features including the scatters and wilds. 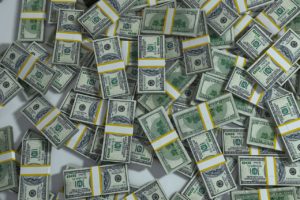 This is a 5 reel, 15 payline progressive video slots game, where bets are placed at 20p per spin of the reel. It can only be played on a desktop but this has not stopped hundreds of people from winning life-changing amounts of money which have really had them standing to attention!

With a Golden Badge in the SlotRank Charts, this NetEnt progressive slot may have been released in November 2013 but it is still hugely popular with gamers wanting an interestingly themed slots game where they have the ability to win big. With an RTP of 95.3% and a low to medium variance, bets can be placed from 1p to £100 to spin the reels on this 5 reel, 20 payline video slot with a spectacular magical theme.

Increasing your winning potential by activating the bonus game, scatters and wilds to encourage the jackpot in this progressive slot to see if the Gods really are on your side as you play. The seas may look rough as you watch the background of this slots theme, but hopefully, your progressive slot journey will be smooth to the jackpot.