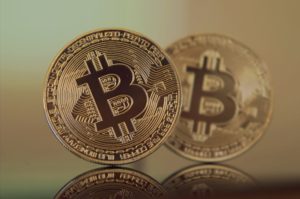 However, those who are new to cryptocurrency might be a little confused when they search online or look to do some research on Bitcoin. This is because their results will likely be full of articles and postings about other coins, such as Bitcoin Cash and Bitcoin Gold. It is important to know that these are not Bitcoin, but they are not a scam either.

These are called “forks”. A fork is when a blockchain splits into two different branches. This can happen for a number of different reasons, such as software changes, disagreements among developers, changes in the consensus algorithm and more. These forks are also not exclusive to Bitcoin as any cryptocurrency can have a fork as long as they have enough support from members of the community. Forks will not work without a lot of support as, if no one supports the new blockchain, it won’t exist or be viable for very long at all.

There can be both hard forks and soft forks. A hard fork is a massive change to the original blockchain that isn’t backward compatible, and if someone wants to continue validating transactions, they must upgrade. This is often permanent and leads to a whole new blockchain and cryptocurrency. On the other hand, a soft fork is a software change that is backward compatible, so those who did not upgrade will still be able to participate in validating transactions and such.

This article is going to take a quick look at some of the various coins that have forked off of Bitcoin over the years, and talk about what they are, how they differ from Bitcoin and more. In total, Bitcoin has gone through three major hard forks, and we’ll now take a closer look at them. 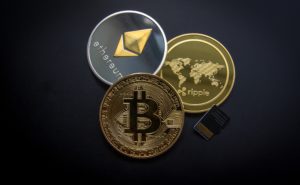 The first hard fork that split the Bitcoin blockchain was Bitcoin Cash. Bitcoin Cash was forked on August 1st 2017, and for each Bitcoin a person owned, they got 1 Bitcoin Cash. Bitcoin Cash is the most successful of the Bitcoin hard forks as it is the coin with the 4th highest total market cap.
Bitcoin Cash is quite similar to Bitcoin but is much faster in terms of transactions due to the increase in block size, which makes it more viable as a digital currency and not just as an investment. It has a block size of 32MB and other differences from Bitcoin include the removal of the “replace by fee” feature, the lack of SegWit and more.

Another purpose of the hard fork was to make common GPUs (graphics processing units) viable for mining again, in place of the ASICs (application-specific integrated circuit) that were mainly used for Bitcoin mining. This is done by applying a different approach to Bitcoin Gold mining based on the Equihash algorithm.

Besides, ASICs can be expensive and help to prevent individuals from participating in the mining industry, which is why Bitcoin Gold moved away from them. However, there have recently been some workarounds as some ASICs that are capable of mining Bitcoin Gold have been released.

As 2018 was coming in, the era of Bitcoin forks continued. Bitcoin Private was created on February 28th, 2018, as another fork from the Bitcoin blockchain. Everyone who owned Bitcoin or ZClassic got an equivalent number of Bitcoin Private. Bitcoin Private is a merger of ZClassic and Bitcoin and uses ZClassic’s Equihash algorithm, so it is resistant against most ASICs. 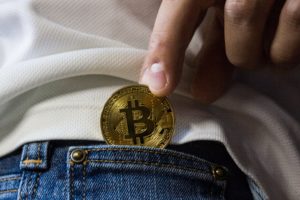 The biggest difference between Bitcoin Private and the original Bitcoin is that it gives users the option to use a public or private address. This is very different from most cryptocurrencies (like Bitcoin), which have a transaction history that is 100% transparent and everyone can view it.

As you can see, most of these forks from Bitcoin aren’t changing the tone and are all fairly similar to the original. They have all come to fruition to fix a problem in Bitcoin, whether it be mining, transaction speed or privacy. As Bitcoin continues to grow and mature, don’t be shocked to see many more forks begin to occur.

In addition to these three major hard forks, there were also a few forks of the client software, which included Bitcoin XT, Bitcoin Classic, and Bitcoin Unlimited. These were just software updates that were initially well-received, but interest in them dwindled.

You may have heard about several other forks of Bitcoin, but many of them are not even traded and have either failed or simply didn’t get enough attention to continue being listed on certain exchanges. Also, there have been some proposed forks (such as SegWit2X), but they have been canceled before the fork could take place.

In conclusion, we hope that this article has helped you to understand the different kinds of Bitcoin forks and what they mean to the overall cryptocurrency and blockchain industry. Forks are going to continue to occur in the crypto industry, so it is important to understand what they are and what they hope to accomplish. As always, before you invest in any sort of cryptocurrency (even popular ones like Bitcoin), you should still be sure to do your own independent research to ensure you are making the right call.