It doesn’t take an Economics degree for someone to figure out that our world is experiencing a global recession. The coronavirus/COVID-19 pandemic has brought the entire world to its knees. Hospitals are filling up, shops are closing down, schools have been closed off. Even huge business conglomerates have announced the permanent closure of a huge chunk of their branches. Many experts believe that it would take the country many years for the economy to return to normal. 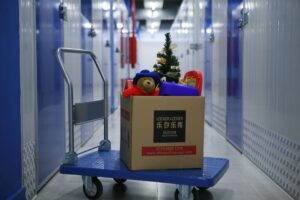 One consequence of businesses shutting down is people losing their jobs. All around the world, millions of workers have been laid off as a result of the coronavirus pandemic. When businesses close, it’s only natural that the unemployment sector experience a considerable increase. With times as tough as we have right now, you must tighten the purse strings just a little.

Here, we discuss how renting a storage unit could save you hundreds of pounds a month.

Property prices are quite high, especially in the UK. Rent in London or Manchester is reaching impossibly high rates. Many residents in London are forced to live in micro-flats or do co-sharing to afford to live in London. According to the Royal Institutes of British Architects, the average one-bedroom house in the UK amounts to 46 square metres or 6.8 m x 6.8 m. As this was the mean average, there are plenty more residents in the UK living in smaller quarters. The study further found that an average of 46 square metres for a one-bedroom flat does not even meet the minimum standards set for London residents.

The majority of London residents are well too aware of London’s space problems. The research continues to state that over 47% of their survey respondents pointed out that there wasn’t enough space in their house for their furniture. 57% complained that they don’t even have enough storage space for their items while 28% are living in such cramped confinements that they can’t get away from the noise of their roommates. 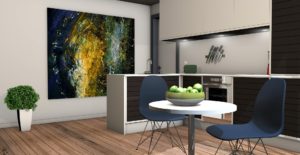 So what’s the solution? Moving out and renting a bigger place? Sure if you’re a trust fund baby that can afford to pay thousands of pounds a month in rent. According to the London Rents Map, provided by the London City Hall, the median monthly rent in Inner London costs around £2,150 and above. Flats around the outer confines of London, on the other hand, average at £1,500 – £2,150. If you want to find housing that’s under £1,500, you would have to go far away from London. Working in the city? You have to struggle with hours of commute and travel time.

Unless you can pay that absurd amount, you have to live with a micro-flat or co-sharing. Thankfully, there is an elegant solution to the space issue, which may improve your overall living experience: Self-storage.

Self-storage units allow UK residents to live in a small flat and yet continue to keep their material possessions. Storage units are a cheaper alternative to renting a bigger apartment. Storage units are available all over the UK. The problem of increasing rent is not totally exclusive to just London. The entire country is experiencing the dilemma of having to scramble for extra storage space. You can rent self storage in Dartford, London, Manchester. Just about any city in the country.

If you want to save up on rent, you can decide to downsize, live in a micro-flat and co-share, and keep most of your items in storage. Many young professionals are taking this route so that they can save money. Most of the time, they’re out in the office or networking anyway so they really just need a bed. 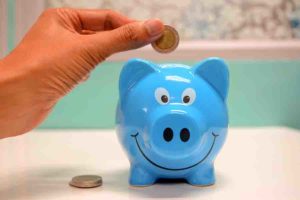 The price of self-storage is quite affordable as compared to the price of renting a bigger apartment. For example, a 46 square metre flat would cost about £1,500. As many experts have already noted, 46 square metres is not enough. This means that you would need at least 66 square metres or more to have a decent living space.

Here’s a situation. Instead of having to paying for a 66 square metre flat which would cost £1, 500 upwards, you can rent the 46 square metre flat and opt for a 20 square metre self storage unit that costs less than £20 a week. You would be saving hundreds of pounds a year from this setup. Aside from the savings, you would also have a less cluttered living space.

Many of those that rent a storage unit realise just how free their house is once they’ve gotten rid of their non-essentials. You can pack up your winter clothes, old books, extra furniture, and even your box of personal memorabilia and send them off to storage. The best part about this is that you can do so much more with the newly found space that you’ve acquired. Who knows? You might actually have enough space for a small bedroom?