While 2020 hasn’t been a wonderful year, the stock market seemingly has failed to sit up and take notice. Many industries saw companies streak ahead with stock price increases despite bad news abounding. However, in some pockets of the market, stocks never gave rise to optimism following the March decline. 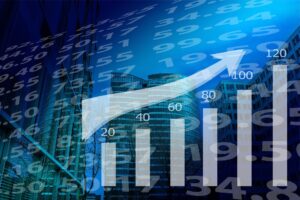 Nevertheless, the news of a Covid-19 vaccine seeing the light of day means that there’s a silver lining to come next year. Therefore, there’s optimism perhaps for the first time in months, which has the potential to infect the companies that saw stagnant or declined stock prices leading to positive results.

Accordingly, here are our suggestions about the most reliable stocks to buy in 2021.

The Altria Group, a notable tobacco major, isn’t on the top of everyone’s stock list. Considered a vice or sin stock, the Marlboro cigarette producer is a mega-cap stock that’s hard to deny.

While the trend with Millennials is to live a healthy lifestyle – or, at least, switch to e-cigarettes –has led to a year-on-year decline of around 2% to sales, the company is still robust overall. At worst, it’s possible to suggest Altria can be viewed as an oil well; as a wasting asset that slowly declines over time but pays out healthily in the meantime.

Nevertheless, Altria has been investing in new products lately, both in non-combustible tobacco and cannabis positions such as buying up shares in Cronos, which indicates that they see the problem and are adjusting to market trends.

The stock peaked in mid-2017 and is at a 3 year low today. Currently, it sports a price-to-earnings ratio (P/E) of just 7.75 and has a dividend yield of 6.61%. It pays out roughly half its available earnings per share (EPS) annually. 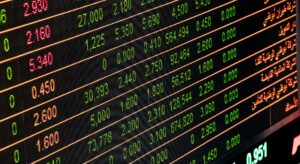 While not for everyone, Altria Group represents an interesting investment idea to consider when looking for a substantial income to balance out other picks with lower yields but more attractive growth prospects. When you want to own a portfolio with an average 4% income to live off, Altria could be a small part of that.

3M didn’t fare as well as the pandemic rolled out, but it’s back to pre-pandemic price levels now. Given the stable of products that 3M offers in the industrial, commercial, and other sectors, along with its commercial reach, this is a stable conglomerate that is worth looking at more closely.

The company has had slow growth in the last few years, but this is now picking up. Its stock price has risen in recent months, but it’s still priced competitively when looking at forward-looking metrics. Other industrials are appearing expensive compared to 3M at this point.

For income investors, the circa 3% dividend yield is fair. They are paying out almost 80 percent of their trailing EPS of 6.75 but for a still-growing giant, that’s less of a concern here.

Cardinal Health is one company that falls into the value stock arena for healthcare. They’re quite diversified with involvement in drug distribution, hospital facilities, clinical labs, and more.

The reason for their valuation being on the low side is because of their potential liability in the opioid crisis. However, both sides are said to be in earnest discussions to settle, so the outlook doesn’t look as grim now. Also, many states and local authorities have already settled; so, the unknown is less of a worry than it was.

The dividend yield is also 3.46% with 35% of the available EPS being distributed to shareholders. For income investors looking for a long-term income play with decent upside with some patience, Cardinal certainly looks very promising.

AT&T, the telco major, saw its share price dip to its lowest point near the end of October and has since bounced back significantly. Yet it is still undervalued by various metrics.

Its P/E is currently 6.30 while it’s near the lower end of its 52-week trading range.

AT&T acquired both DirecTV and the media conglomerate, Time Warner, and used billions in financing to do so. The debt weighs heavily on a telco that was looking to diversify away from its fixed-line origins to other business interests. 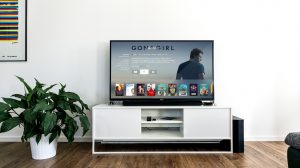 The stock is still healthy though, perhaps due to optimism over its HBO Max venture. This 228Bn giant is profitable and pays out a 6.41% dividend (roughly 40% of its EPS). So, as a long-term income play, it’s got some legs.

There’s also the possibility to patiently trade in and out of the stock based on investor sentiment. AT&T stock has been on a rollercoaster ride over the past 5 years with several good opportunities to have gotten in at a sensible price and exit at a higher one. The online stock trading Canada platform from Wealthsimple offers tree trading saving considerable costs and is instantly accessible from a smartphone. Making strategic purchases without losing a ton to fees is a smart strategy for active investors looking to make moves.

Snap-On – a popular toolmaker – is a robust stock that’s still in the value category. It’s grown a little in recent years but has also struggled in 2019 and seen a decline in sales during the Covid-19 pandemic when people cut back on non-essential items.

At its current 18.17 P/E, it is markedly cheaper than competitors Illinois Tool Works (ITW) and W.W Grainger (GWW) both with P/E in the 35 range. Snap-On remains affordable in a pricey market, which is what makes it possibly a good place to park some cash.

The dividend yield is only 1.36% because it is only paying out about a quarter of its EPS. However, that gives it plenty of dry powder to invest in growing the core activities over the coming years.

Kroger, the major grocer, is still below its 5-year peak price. While the stock is up substantially this year, the P/E remains at a tasty 7.57 while it sits in the middle of its 52-week trading range.

The company has seen Warren Buffett of Berkshire Hathaway fame take several bites into the stock. Not only is the price likely attracting the veteran investor, but the low payout ratio (he’s not fond of dividends) is probably doing so too.

For income investors, the Kroger stock pays 3.14% at current levels with just a 24 percent payout of EPS. That leaves plenty of earnings for the company to use for future expansion.

If you’re interested in tech but the NASDAQ scares you and the dotcoms are discomforting too, then maybe IT stalwart Hewlett Packard may be preferable?

The company has seen demand for notebook PCs boost its sales growth this year, but likely this will fall back to around 3 percent in 2021. So, don’t expect this to be a growth play. However, if Covid does stretch significantly into 2021 and vaccines take longer to rollout than expected, then likely the sales growth will be long sustained.

However, for dividend growth investors, this is a reasonable tech investment in a pool of non-dividend payers. The P/E is still a reasonable 8.85, unlike many other tech companies. The 2.41% income with a low 22% payout ratio leaves plenty of room for future increases. Also, reinvestment or acquisitions to boost growth is not impossible either.

Another healthcare company, DaVita is an operator of dialysis centers. It was acquired in 2019 by Optum but continues to be traded independently.

Despite a steep rise this year, DeVita is still an interesting long-term investment for people who are looking for price growth rather than income. 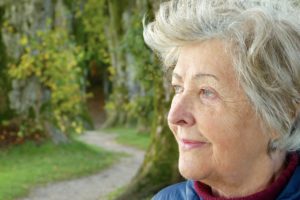 Demographics is a major component of the future growth story. The American population is aging with many boomers already retired. There’s an increased demand for dialysis, unfortunately, and therefore the demand trend is on the rise and likely to stay that way. Also, this is largely unaffected by the economy at large.

For traders, they may wish to look for a dip before buying in. When trading is affordable – or free – then buying in and selling out shortly after a steep rise is a profitable investment strategy.

Graham Holdings is the owner of The Washington Post Company. The name change occurred when Amazon acquired the publisher.

Along with the newspaper, they also own the Kaplan unit, which offers many education products. These have been less in demand this year, but typically are popular and likely to rebound after Covid-19 has run its course.

The P/E is a low 7.85 despite a run-up in the stock in 2020. The payout ratio is under 10%, so the dividend yield is only 1.17%. This is dividend growth and sales growth play for one of the standouts in the newspaper and the educational publishing markets, respectively.

These 9 stocks represent some interesting picks depending on what kind of reliability you’re looking for. There are some value plays, a few growth stories, and companies that represent a good place to park some capital. In a pricey market, bargains are hard to find but the above companies offer some opportunities.