For many of us of a certain age, the act of banking used to very much be an offline affair. So much of our money management revolved around heading to a local branch to make deposits, arrange payments and organise a host of transactions. 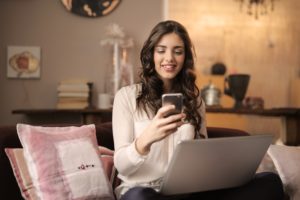 However, fast forward to 2019 and things could not be more different, with new research suggesting that more people than ever before are turning to technology for such activities.

The idea of managing money or performing transactions using a mobile has been steadily growing in prominence across the past decade and can be linked in part to the emergence of apps that allow us to do everything from buying the latest albums and doing our supermarket shopping to purchasing access to a range of games.

The latter in particular has grown massively in recent years, and research from Newzoo has suggested that 2.4 billion people across the world will play mobile games this year. Furthermore, such titles come in a range of forms, and while so-called free-to-play games are particularly popular, others see people either pay outright for an app or alternatively agree to a subscription for continued access. Similarly, there has also been growth in the number of gambling apps, with Betfair being an example of an online casino site that accepts a range of payment options via Android and iOS apps.

All of this means that gaming may be one of several reasons why we have become so accustomed to handling – and spending – money through mobile devices. 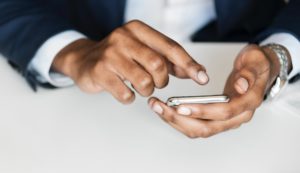 Against this backdrop, mobile banking has of course evolved, and the latest UK Payment Markets report from trade association UK Finance has put a spotlight on the current state of play in that area.

Furthermore, the UK Finance report revealed that 8.5 million people were registered for mobile payment services, including Google Pay and Apple Pay by the end of 2018, which equates to 16 percent of the adult population. This figure stood at just two percent in 2016.

According to UK Finance chief executive Stephen Jones, the findings highlighted how people are increasingly looking to “pay in a way that suits them”. He added that technological change is set to continue too as new ways emerge to help people manage their finances. 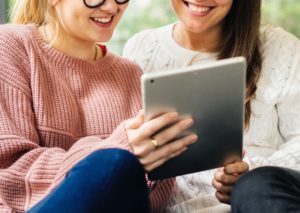 The report makes for fascinating reading and clearly reveals how banking has become one of the core activities that many of us undertake on our smartphones and tablets.

So much has changed in this area in recent years, and it will be intriguing to see how new innovations continue to emerge and impact on how many of us look after our money.