In the United Kingdom, bingo remains one of the most popular pass-times. Since the birth of online Bingo, the game which UK players (females especially) all know and love, the UK public has easy access to bingo games 24/7. However, due to the popularity of online casino gaming in the UK, gambling companies have come together to produce a game which brings together the best of both worlds – online Slingo. 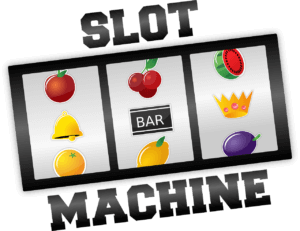 What is Online Slingo?

Online Slingo is essentially a cross between bingo and casino slot games. It combines some elements of traditional bingo and brings it to a slot game environment. The first Slingo game was officially launched way back in 1996, but it was not until recently where the game found a following online.

When playing Slingo, players will see a traditional 75-ball bingo game alongside a familiar 5 x 5 number grid which has slot reels placed below. Truth be told, the game will appeal slightly more to bingo players than it will slots as the gameplay screen looks very similar to the layout of a bingo card game. With that being said, you need to know your way around a slot machine.

If you would like to know how to play online Slingo, we recommend checking out a Slingo guide. To put it simply, spin the slot reels below the grid and then check to see whether your grid displays any of the numbers now shown on the reels. The reels are actually extremely important to the game, so it helps if you have some prior knowledge of slot machines. The reels can display a number of extra symbols which can grant players instant prizes as well as numerous in-game bonuses. On the other hand, Slingo offers much more than simply ticking off the numbers on your ticket like traditional bingo offers. To win at Slingo, you need enough patience to be able to accumulate game points. 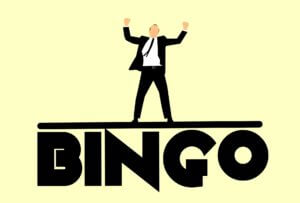 Different Slingo games will of course change their rules for awarding game points slightly, but essentially, you will be given game points when you complete certain game actions such as: clearing all the numbers on your card, capturing coins symbols or hitting a certain number of picture symbols. Modern Slingo uses gamification techniques in order to keep players entertained and occupied.

Where Can You Play Slingo?

Slingo is available to be played at almost all online slot sites as well as bingo sites. Slingo is pretty much only available to be played online, however. So, if you are thinking of visiting your local casino or bingo hall, you should be prepared to be disappointed. On the other hand, there are plenty of Slingo sites where you can play a variety of different Slingo games.

Of course, winning money is not guaranteed when you play Slingo online. You should know that, like any casino game, the odds are often against you. There is a lot of luck involved when playing Slingo, so never play with money that you cannot afford to lose. You should also ensure that you sign up to a trustworthy gambling operator if you decide that you want to play Slingo games. 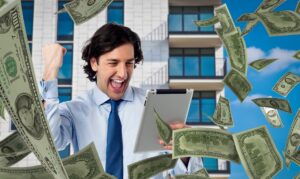 Which is the Best Slingo Game?

There are lots of interesting Slingo games to pick from. Our pick of the bunch is Slingo Rainbow Riches. Based on one of the most played slots in existence (Rainbow Riches), Slingo adds a different element to the game. Alongside lots of bonus features and prizes, the Rainbow Riches version of Slingo offers fun, amusement and a chance to win!

We hope that you have found our mini guide to online Slingo useful. Like with any form of gambling, you should always be careful with your money. You should only sign up to an online Slingo site if you genuinely enjoy playing. Of course, there is an added incentive of winning real cash when you play but this thought alone should not drive you to playing.

The latest Slingo news is that iGaming content developer Gaming Realms, has signed a multi-year deal with iGaming giant NetEnt to develop more Slingo games based on NetEnt’s most popular online slots.