Home
Property Market
Manchester’s Property Investment Market Is Full To The Brim: Why Is Money Pouring Into The City?
Prev Article Next Article

As one of the UKs fastest rising property markets, Manchester is undergoing a renaissance, breathing life back into forgotten parts of the city and celebrating the new glorified buildings that are conjuring together to make Manchester a truly modern metropolis. 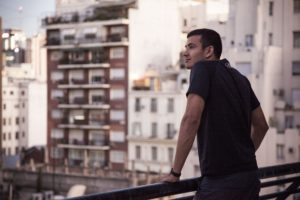 The determined capital of the Northern Powerhouse is outpacing the rest of the country with its revitalised city neighbourhoods.

Home of the BBC and ITV, the arrival of MediaCityUK set the tone for the transformation the rest of the city was expected to experience. What was then regarded as an almost futuristic landscape gracing either side of Salford Quays, MediaCityUK’s extensive start up and creative sector attracted a multitude of interest from all over the country, and overseas too. It is also keen to retain its brightest talents as the ‘think thank Centre for Cities’ found that it has the second highest graduate retention record after London, at around 51%.

But a report by Savills suggests that the 7,000 new homes currently in the pipeline in Manchester are not nearly enough to support such growth.

“There’s a huge amount of development around the city now, but little was built between 2009 and 2014. Population growth has not been backed up by property supply, and the fact that prices have gone up by 24.9 per cent between January 2015 and January 2018 shows the level of demand.”

The city has become a hotspot for the emerging buy-to-let sector. Several distinctive high-rise schemes are increasingly changing the face of Manchester’s skyline, especially in the business district of Spinningfields. Spinningfields blends new and old facades, juxtaposing the state of the art innovation of the city with its glorified industrial heritage from the past. Companies like RWinvest offer extensive property portfolios for UK hotspots which is encouraging investors to enter the buy to let sector. 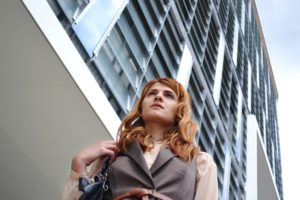 Manchester is benefiting from the recent £1billion investment as part of the Government’s Northern Powerhouse initiative. As well as the largest economic centre outside of London, Manchester’s buzzing social scene is surfacing itself as a cosmopolitan place to live, where affordable property prices, thriving businesses and excellent transport links present remarkable opportunities for young professionals.

The young demographic is a driving force behind the number of rental properties in Manchester so money is placed into the city to cater for the fast-emerging trend of the buy to let market. Manchester’s plentiful employment opportunities and affordable housing attract first time investors into the city, it has also seen the highest rate of job creation in the country, with the number of new jobs growing by 84% between 1999 and 2015, which is a reflection on Manchester’s amplified profile.

Property investment throughout Manchester is taking on full momentum and is quickly surfacing as a well deserving city to reap monetary benefits to help fuel the evolving hot spot.