Monetizing a website is a great way to turn a passion into a source of income. The trouble is that the best way to monetize websites often depends on the kind of website you have. Though, while there is no one-size-fits-all technique, there are tried and tested methods which have worked for others. 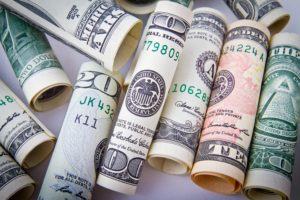 No matter what kind of website you have, if you have a dedicated enough audience, there’s a money-making model out there for you. Here are five top tips for website monetization.

1. Don’t Think of The Best Way to Monetize Websites…

If you’re still unsure, there’s no need to beat around the bush: just ask them. This is one of the things Hank and John Green of the Vlogbrothers do. After having spent years monetizing their online work, one of the secrets to their success is their openness and a yearly census in which they ask their fans what they want.

2. Don’t Be Afraid to Ask for Money

Continuing with the theme of openness, Patreon is just one of many mediums which allow internet creators to monetize the work they do online — all through donations from their fans. Of course, you don’t need Patreon to help you do this. Wikipedia is the fifth biggest website in the world and it does all this by asking its users for money directly.

The fundraisers Wikipedia runs aren’t just successful; each one is more successful than the last, and it goes to show how their success isn’t just some fluke. Rather, it demonstrates how simply asking your readers and fans for money is a repeatable monetization model that’s even being adopted by international newspapers like The Guardian.

3. Don’t Be Afraid to Build Walls

Paywalls — whether they are hard or soft — are a very different approach from donations. However, it’s a mistake to think that all paywalls are the same, and it’s also a mistake to assume that building one will mean that your followers will abandon you. There is a way to erect a paywall while remaining honest and open about what you’re doing. 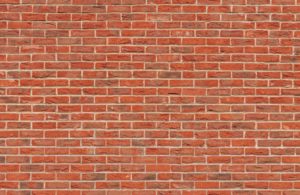 The first thing you can try is a soft paywall. These paywalls hide some content behind a hard paywall, but allow free trials here and there. The Telegraph and Harvard Business Review both give readers access to ten free articles a month. However, some “premium” pieces are completely off limits.

Then there are the likes of YouTube Red and Netflix. Both of these offer month long free trials of as much content as the user wants. However, once that month is up, the user needs to start paying. These free trials are a great way to generate users, with one survey revealing that a third of users wind up paying to stay after the free trial is over.

The catch is that not all affiliate marketing networks are of the same quality. The best ones are flexible when it comes to payment and only work with high-quality and relevant advertisers. So don’t be afraid to shop around in order to find the best possible network to work with.