Home
Foreign Exchange
How has the EURO performed since the French election?
Prev Article Next Article

As we have seen during the course of the last 14 months, political events tend to have a direct and significant impact on global currencies. 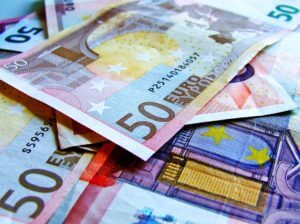 The French Presidential election in May provided a relevant case in point, with the single currency having endured something of a roller-coaster during the three months since Emmanuel Macron beat off competition from anti-EU campaigner Marine de Pen.

Was the recent election the cause of this volatility, or merely the catalyst for change in an already uncertain economic climate? Let’s take a look:

Peaks and Troughs Since Macron’s Election

Within hours of Macron’s election win, and as the news began to spread across the length and breadth of France, trading platforms such as Oanda reported that the Euro (EUR) began trading as high as $1.1024. This represented the highest level against the U.S. Dollar (USD) since November, while the single currency also briefly hit a 12-month peak against the Japanese Yen during the same period.

Such a rally is unsustainable in today’s markets, of course, particularly with even major currencies undermined by geopolitical uncertainty and tremendous economic volatility. As a result, the value of the EUR eased throughout the day, while it fell 0.62% against the USD at $1.0927 by the late afternoon. At this stage, the single currency was simply consolidating the 3% spike that emerged at the beginning of the multi-stage French Presidential vote two weeks before, with economists predicting that it would decline further in the weeks ahead. 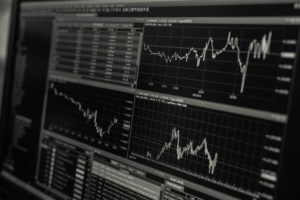 This has proven to be the case, with the EUR having traded in a slightly more restricted range in the three months since the vote was announced. A further dip occurred within minutes of the European Central Bank’s (ECBs) latest policy meeting last week, when it was announced current stimulus measures were to be sustained amid concerns that an uncomfortable overshoot and rally could follow their withdrawal. This sent the value of the EUR plummeting, although once again it has stabilised just 24 hours later at $1.1728 against the USD and eased the immediate concerns of investors.

Why Economic Events Trigger Such Volatility

Whether it is a data release or a Presidential election, there is no doubt that economic events have a direct influence on the value of currencies across the globe.

It would be wrong to think of these stand-alone events as being the direct causes of such volatility, however, as uncertainty remains a key driver of the forex market and its incredible levels of liquidity. In fact, the volatile nature of the market is central to its appeal, as it offers an opportunity for traders to generate income even in a depreciating climate.

Instead, such political events are merely triggers for short-term peaks and troughs, before currencies consolidate and continue to trade within a fixed range. The recent experiences of the EUR seem to confirm this, and we should expect more of the same in the near-term.