Home
Investment
House Prices: What To Expect In The Next 10 Years
Prev Article Next Article

Any analysis of the housing market cannot simply afford to look at the present day picture and the factors that have caused it. To be complete, a proper analysis must look at what this means for the future too. That’s where you can truly gauge the value of an investment going forward – and the potential new markets and opportunities to make the most of. 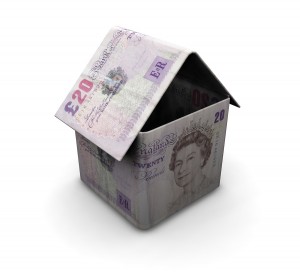 Property is a long-term investment

Property is a long-term investment and it’s only by looking forward to the next 10 years that you can consider how to get the maximum from that investment.

London’s properties continue to attract great interest from investors at home and overseas and the next decade looks set to continue that trend. An Oxford Economics study reckons that the average home in the capital will cost £1 million by 2030, with prices heading firmly in that direction over the next 10 years as London’s population heads towards 10 million and the level of building struggles to keep up with demand across all parts of the market.

Just watch out for the ongoing debate on Britain’s relationship with the EU. The result of the negotiations and subsequent referendum, whatever happens, may affect the interest from some foreign investors, who will take their lead from the reaction of big business.

We shouldn’t focus solely on London. The capital is a market – or, rather, a series of markets – that often seem to operate independently of the rest of the nation.

Politicians have made much of their desire to encourage a ‘northern powerhouse’ and devolve powers and opportunities to other UK cities.

At the vanguard of this is Manchester, which has already taken powers from central Government for itself.

There will be a real desire to make this arrangement work and build on the boost that MediaCity has already brought, with jobs in the creative and digital sectors.

This thriving economic environment has already seen periods of growth above that of London. Pressing the accelerator on this process only looks set to boost prices even further and buying ‘up north’ doesn’t have to mean a compromise on quality. Sites such as ftpropertylistings.com feature properties in cities such as Manchester with every bit of much star appeal as those in London.

The cities at the heart of regions could all benefit from being the focal point of the devolution agenda. This in turn adds fuel to their property market.

Looking ten years into the future isn’t just about thinking of what currently exists, but also considering new developments.

The Government has already earmarked funding for up to three ‘garden cities’ of about 15,000 homes as it tries to ease a shortage in properties. These cities in themselves might make a smart investment and prices could rise with the sort of demand associated with something ‘new’.

However, the developments – wherever they go – could also have an impact on the surrounding towns and cities, maybe even causing the markets there to cool slightly as demand eases. Prices in these places may, at the very least, peak and level off in the coming decade. Ebbsfleet in Kent is certain to be one location – with Bicester also likely to be part of the Government’s programme.

The wider economy and the size and quality of the homes to cater for demand are big factors in determining house prices. So too is infrastructure. Road improvements in the next ten years should benefit cities such as Norwich and Birmingham and, in the case of the former, make holiday homes in Norfolk a more attractive prospect.

There’s no denying that the HS2 rail project has the potential to impact upon house prices too. Cities with quicker connections to the capital should experience economic growth and, thus, a house price boom. Equally, places where track works are required may suffer, especially if they won’t even benefit from better connections in the long run.

In London, the Crossrail project is predicted to boost prices in and around new stations for the service, which should begin in 2018.