Happy Right to Build Day! If you’re not celebrating that would be understandable… 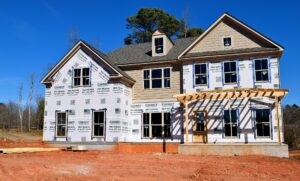 Right to Build Day is on 30 October and marks the day on which all English local authorities have to demonstrate that they have granted sufficient planning permission to meet the self build demand in their area, as indicated by the numbers of people who have signed up to local Right to Build Registers. The legislation, which was spearheaded by NaCBSA (the National Custom and Self Build Portal), was aimed at increasing the numbers of self build homes in the UK – an area in which we are woefully lacking compared to other European and developed nations.

The day is fundamentally an anniversary of the date that the new legislation was put in place. It is essentially in two parts – the first being an obligation on behalf of local authorities to keep a register of how many people are interested in building their own home in each area and the second is a requirement to provide the equivalent number of ‘permissioned’ plots within a three-year time frame.

So for example, if 150 people registered their interest in building their own home in Babergh, a district council in Suffolk, then that council would have to demonstrate that they have provided the equivalent number of permissioned plots within a three year period.

Whilst some councils have embraced the legislation, it could be said others have been less than welcoming, with Right To Build Registers buried deep into their websites making it difficult to physically find and complete. Others ask people to resign the register every year in the hope of reducing numbers or only allow those who have a ‘local connection’. Another tactic is to pass off a plot of land as being ‘permissioned’ for self build, when it is not suitable, and others charge a yearly fee to remain on the register.

Over a third of UK adults are currently considering a self build project at some point in the future with the main motivations for building their own home being control over design, environmental factors and financial reasons. 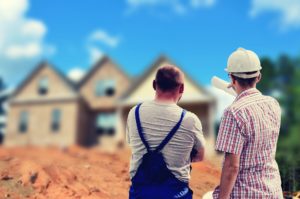 As a nation, we tend to associate self build with the scale and budget of Channel Four’s Grand Designs’ projects, which often take years to complete. However, the Right to Build legislation was supposed to put self build in the reach of people with more modest budgets, as well as alleviate some of the UK’s housing shortage.

Plots that are accessed via council’s Right to Build Registers must have planning permission granted but some self builders may be lucky enough to access a serviced plot. It may be more expensive than a basic plot but it should have all the utilities connected – which means gas, electricity, water, sewage as well as broadband and telephone lines are brought right up to the edge of the plot. On some occasions the foundations or footings will be in place too. It’s often these elements of a build that causes self builder’s costs to mount up, as there can be unknown factors or obstacles. By choosing a serviced plot, the homeowner can solely focus on the exciting part of their project – namely the design and aesthetics of their new home.

Financing a self build

Self build plots are zero-rated for VAT purposes and also free from the Community Infrastructure Levy – another NaCSBA victory – meaning there could be substantial savings to be made in comparison to paying a developer for a completely finished home.

Research has revealed that more than half (52 per cent) of people who are thinking about undertaking a self build project are unaware that they would need a self build mortgage and not a standard residential mortgage. 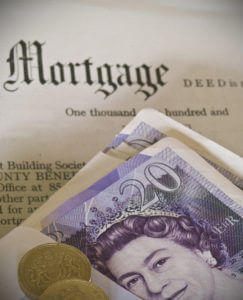 Self build mortgages are often a little more expensive than a standard residential mortgage as they are more complex for the lender, so it’s vital to factor this into the budget. Self build mortgage lenders also tend to release the money in stages as the build progresses. These stages may include buying the land, right up to decorating the interior – and all things in between. This protects both the self builder and the lender by ensuring that all the work is completed to a high standard and that the final property will be worth the amount initially predicted, plus it also means that the borrower won’t be paying interest on the whole amount upfront.

When applying for a self build mortgage, it may be worth shopping around to find a lender that applies a manual underwriting approach. This means that they will look at each application on its merit and take individual circumstances into consideration – with so many varying factors at stake in a self build project, this can make the difference between being approved or not.

Self builders who are in any doubt about financing their project should consider seeking the help of a mortgage intermediary who is a specialist in this area, as they will know which lenders are most likely to accept certain types of borrowers or types of self build project.

Is self build for you?

The new Right to Build legislation hasn’t quite made the impact that some may have hoped but it has helped in highlighting this route to home ownership. Self build projects don’t need to be big or budget-busting but they will mean that the homeowner builds a property around their and their family’s needs and wishes. If you want to have the final say on everything from the bricks and roof tiles, through to the electric sockets and ironmongery, and you’ve got the energy and enthusiasm to make a lot of decisions, self build could be right up your street!