Home
Personal Finance
Financial Foresight: All About Pre-Nuptials and Your Divorce
Prev Article Next Article

Sadly, despite having every original intention to honour the “till death do us part” statement made in our wedding vows, many marriages end in divorce at some point in the future. 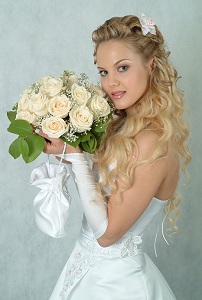 Have you got a prenuptial agreement?

It is always disappointing and even a bit sad when your marriage doesn’t don’t work out how you wanted, but a growing number of couples are recognising this possibility before they tie the knot, and making a prenuptial agreement.

As legal experts such as Slater and Gordon will tell you, British courts already recognise prenuptial agreements as enforceable under British divorce law, following a benchmark case in 2010.

There are caveats attached to the recognition of prenuptial agreements and the Law Commission has suggested that this sort of agreement should be legally binding in a divorce settlement, but only after taking into consideration the needs of the couple themselves and any children they had in the marriage.

The purpose of a prenuptial agreement

One of the aspects of an agreement of this nature is that in the eyes of a number of couples, it is hardly a romantic gesture or a sign that you are committed to live together forever if you are already planning for a divorce.

The point to bear in mind is that people often get married later in life these days and might also be getting married for a second time. This often means that they already have built up some wealth and assets that they want to protect on both sides before they enter into a legally binding marriage.

Another possible option is a postnuptial agreement, which is sometimes also referred to as a post-marital agreement.

This is an agreement that is entered into after you have got married and some couples choose to take this route at some point after they wed, when it feels right for their circumstances or simply because they decide they want to avoid any uncertainty if the marriage doesn’t work out at some point.

The Law Commission recently published a study that concluded prenups should become legally binding, but subject to a number of stringent conditions being met.

A lot of European jurisdictions already recognise prenuptial agreements and contracts relating to property are commonplace, so the proposals in Britain, would mainly be bringing our divorce laws in line with main of our European counterparts.

The fundamental aspect that the Law Commission wants to see upheld, is that whilst it will open up the chance for a spouse to make an agreement about financial needs, the terms should not be contractually enforceable if the court does not consider them to be fair.

The big sticking point to prenuptial agreements gaining a greater level of acceptance is what constitutes a fair claim for financial needs.

The commission has asked the Family Justice Council to provide some guidance on this subject and as formulae are already used successfully in other countries in order to resolve disputes, it is hoped that a similar framework could be agreed in Britain.

Whether you consider a prenuptial agreement to be financial foresight or a deal breaker when it comes with a marriage proposal, there is no doubt that marriages do end in divorce and disputes are inevitable, so a fair resolution will need to be found.

Hayden Russell is a personal finance consultant. He likes to share his insights by posting online. You can find his posts on many finance and money related blog sites.