Home
Debt
Could an IVA be your debt solution?
Prev Article Next Article

Despite the amount of credit paid off by Britons increasing last year, personal debt still stands at nearly £1.5 billion. With Brits currently facing pressures such as rising food and clothing inflation and spiralling petrol costs, many consumers are still struggling to get by. 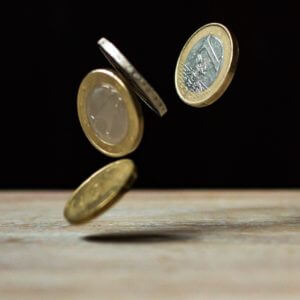 According to the Insolvency Service 135,089 Britons faced bankruptcy or obtained an IVA last year. This is despite figures from the comparison site unbiased.com which suggest that at the start of the year consumers were spending 19 pence out of very pound on debt repayments.

If you are one of the large number of UK consumers attempting to bring their finances under control you may be weighing up your options to find the best solution for you.

For those with debts over £15,000 one route is to obtain an IVA – or Individual Voluntary Agreement from companies such as MoneyDebtandCredit.com. These can be used to write off up to 60-70 per cent of your unsecured debt if you have two creditors or more.

These agreements can help those with debts which are too large for consolidation pay off their debt at an affordable rate. Legally binding in nature, IVAs are a formal agreement between the debtor and their creditors, whereby the debt and associated fees are usually frozen for a period of up to five years. This means legal action is prevented and assets such as your home and car are usually protected – although you may be required to release equity from your home should you have any.

An IVA needs to be set up by a licensed professional called an Insolvency Practitioner (IP) who will take a charge for their services – this usually comes out of your monthly repayment.

A good debt management firm will be able to put you in touch with an IP to set up your plan, so if you are considering this as an option get in contact with a professional to see if this is the best option for you. When you are making enquiries about an IVA you should not be required to pay for advice and similarly there should be no commitment made simply by putting in the call.

Because IVAs are legally binding you must remember that you will be required to stick to the terms of your agreement at all times. However, your creditors will equally be obliged not to deviate from the agreement.

Another advantage of an IVA is that unlike bankruptcy IVAs do not result in professional disqualification for those in professions such as the police force. Another point to remember is that in order to help you keep your borrowing under control IVAs disallow any further unsecured borrowing during the period of the agreement. They will also show on your credit record and can affect your future credit rating.