Home
feature
Car running costs are increasing but what can we do about it?
Prev Article Next Article 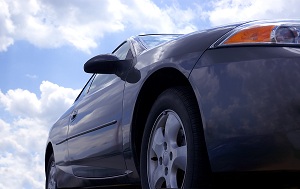 Petrol prices are still on the rise and the latest information from the AA shows that the average standing costs (VED or Vehicle Excise Duty, insurance, cost of capital, depreciation and breakdown cover) to keep a small family car on the road in 2011 is over £2,300.

Crude oil prices are now around $87 a barrell and petrol around 134p per litre.

You begin to wonder if there is ever any good news for the UK motorist, particularly when the AA has just announced that the annual costs of running a petrol car have increased by 2.75p per mile.

This means that it now costs on average £77 more to keep a small family car on the road, compared to 2006.

There are two main reasons for these increased costs – rises in interest rates that have increased loan payments and the rising costs of fuel. A typical family driving 10,000 miles per year will now spend around £5,700 on running their car.

Crude oil prices have hit $71 per barrel this month forcing petrol prices up to 97p per litre in most areas and diesel to 97.4p per litre. This makes the UK the sixth most expensive for unleaded fuel in Europe.

The double whammy of fuel shortages in the USA coupled with the usual instability in the middle east is forcing oil prices upwards, but the problem is that these issues are not going to go away. High oil prices, maybe even higher than now, are here to stay.

Our love affair with the car

Our love affair with the car continues, even in the face of these rising costs. Powerful new cars are being marketed by most manufacturers and the fact that they are selling, shows that people want nice fast cars, no matter what the running costs are.

Interestingly, though, you may have noticed a stronger focus on fuel economy. When increased fuel economy is coupled with less emissions and more powerful engines, the car makers are on to a winner.

Become more green and save money

Adopting greener and cleaner technologies such as diesel engines with particulate filters, hybrid cars and bio fuels not only helps the planet, but also helps your pocket too. Low emission cars such as the mini diesel qualify for low vehicle excise duties and are also be exempt from the congestion charges.

Petrol and electrical hybrid cars such as the Toyota Prius currently attract minimal road tax and are exempt from congestion charges. They have low running and insurance costs. Unfortunately, though, there is a price premium associated with hybrid cars, which can negate any running cost savings, unless you live in the London congestion charge zone and can save the £8 a day charge.

The move towards more diesel powered hybrids by manufacturers such as Toyota, Honda, Ford and Lexus will further help to reduce running costs and emissions.

In general, though, adopting greener choices with our motoring is rewarded with cheaper running costs, albeit with some inconveniences. Bio diesel, which is carbon neutral, costs about 10p per litre less than mineral diesel, but has limited availability at present.

Use the car less

Is that journey really necessary? It probably is and you probably do not have a public transport alternative available and probably wouldn’t want to use it if it was. The poor state of our public transport forces people to use their cars, making us use them irrespective of the costs involved.

This an embedded feature of lives and cars are here to stay, however by being careful with the choice and use of our cars, we can make significant cost savings as well as reduce our impact on the environment.

No doubt, though, we will be reporting on yet another hike in the costs of running a car next year and yet again most UK motorists will shrug and continue to use their cars as before…. or will they?

Those who start to modify their choice of car and slowly change their use of their vehicles, will see cost benefits and will exert market forces on manufacturers to deliver cleaner, greener and economical cars which are also fun to drive.