All those on the small list of billionaires in the world will probably be remembered throughout history for their financial achievements. But if they want to really build a legacy that will inspire admiration, it is wise for them to put some of that wealth towards charitable ventures that can make a difference to the world. There are a great number of moguls who already do this, and they should serve as an inspiration to other people sitting on unfathomable fortunes. 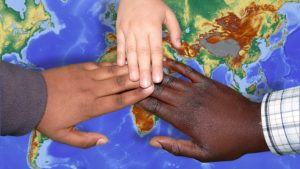 Who are The Most Charitable Billionaires Today?

It is nice to hear about a billionaire giving their money to worthy causes rather than sitting on the endless piles of riches like a parsimonious dragon. The good news is that a lot of the world’s wealthiest people are aware that they should be using a portion of their money to do some good in the world. Indeed, without the planet’s biggest tycoons contributing to charity, a lot of initiatives wouldn’t be able to continue.

Warren Buffet, the fourth-richest person in the world at the time of writing, chooses to give half his wealth to charities. This makes him the most prolific philanthropist of all the planet’s richest people. In addition to this, the 89-year-old founded The Giving Pledge in 2009 with Bill Gates. This is a foundation which encourages other billionaires to pledge at least half their fortunes to worthy causes.

Other billionaires who give a significant portion of their riches away to philanthropic activities include Michael Dell, Carlos Slim, Larry Page, and Mark Zuckerberg. All of these successful people should help to inspire others who want to see their wealth used for good causes.

Which Billionaires are Helping Work Towards a Sustainable Future?

Along with giving huge chunks of their riches to charity, a lot of billionaires have their own incentives in place to help the world. This can come in the form of devising businesses and strategies to combat some of the planet’s most pertinent issues. It can also be to do with developing technology which helps work towards a sustainable future.

One business magnate who has been lauded for his philanthropic work is Tej Kohli who, along with his wife Wendy, created the Tej Kohli Foundation in 2005. This foundation has been responsible for a great many revolutionary advancements in various fields. For instance, it has done work on solving blindness, tackling poverty, and developing renewable energy schemes.

Some billionaires have made their fortunes in trying to combat climate change. For instance, Elon Musk has been working on his electric car company, Tesla. The plan is for everyone to be driving electric cars in the future, and if this happens it will be highly beneficial for the environment.

It is great to see some of the most famous billionaires doing good things with their money. Others should follow suit, or risk being branded as selfish and miserly. In order to develop a long-lasting legacy, charitable and philanthropic work is the way forward for these people.