An innovative consumer app from one of the major financial powerhouses could be instrumental in bringing the integration of cryptocurrency into our everyday spending a step closer to reality. Intercontinental Exchange Inc. (ICE) is the parent company of the New York Stock Exchange. It has announced plans to team up with Starbucks early next year to start testing its new consumer crypto app. So is the day coming when we will be using Bitcoin to buy our morning coffee? 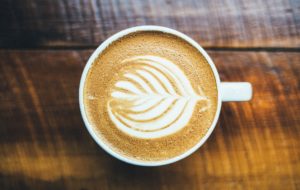 To date, there have been precious few opportunities to use Bitcoin for tangible purchases. In part, that’s down to the extreme and legendary volatility of digital assets. Volatility is not necessarily a bad thing. For example, it’s what makes Bitcoin such a tantalizing prospect for traders looking to buy low and sell high.

Platforms like Bitcoin Revolution have made this more accessible than ever by offering automated trading, so there’s less risk of novices making costly blunders. However, when prices can change so dramatically, it’s understandable that Bitcoin has not, to date, been seen as a practical currency to use in the traditional sense of the word for making everyday consumer purchases.

Times, though, are changing. ICE has been a relatively new entrant into the world of crypto and has been keen from the outset to explore new angles and applications for Bitcoin and altcoins. Its first foray into digital assets was in the world of Bitcoin futures via the new Bakkt platform. 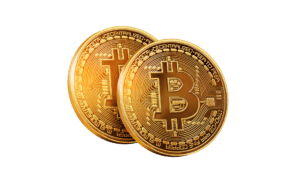 Trading in this arena went through the roof over the past month, at least comparatively speaking. It peaked with 1,179 monthly Bitcoin futures changing hands on October 25. That might not sound much, and indeed it is miniscule compared with overall trading on platforms like Bitcoin Revolution. However, it represents an 800 percent escalation after a slow start when Bakkt first opened for business in September.

ICE contracts are a little different to conventional Bitcoin derivatives. Those who choose to hang onto them till expiry are ultimately left with actual Bitcoin as opposed to the cash-settled contracts offered by the likes of CME Group Inc, one of ICE’s primary competitors.

Understandably, the sudden escalation has left the decision makers at ICE with something of a spring in their step. Mike Blandina is the Chief Product Officer at Bakkt and said in a recent press release that ICE is “nearing completion” of its core payments and compliance platform. He paid tribute to the strength of depth in the engineering team and made it clear that they are looking to the next challenge.

As far as ICE are concerned, that means pushing crypto out into the real world of merchants and consumers. It’s a laudable endeavour, but simply introducing an app is not going to be an instant panacea for the obstacles to using digital currency for consumer spending. Still, in many respects, the first Bitcoin cappuccino will represent as much of a landmark as the Bitcoin pizza, and it will be intriguing to watch developments over the coming months.