Even though Scotland is part of the United Kingdom there are differences in the house buying process north of the border. Scottish property law emerged from ancient Roman law and hence a few vestiges of diversity remain in the conveyancing process. 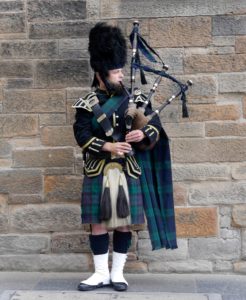 So if you’ve got your heart set on a move to Edinburgh, Inverness or Dundee take a look at these steps before the process begins, or alternatively go to the Money Advice Service.

The first thing you need is a mortgage ‘in principle’ from a lender prepared to lend you the money. A lender will want evidence of income, as well as proof that you have enough money to cover not just the mortgage, but also other associated fees.

Once a suitable mortgage has been approved you may have to pay a fee to reserve it, but not always. It might be worth establishing this sooner rather than later, as the Royal Institute of Chartered Surveyors estimates house prices in Scotland could rise by 4% in 2015, according to the BBC.

A home will sometimes be marketed with the phrase ‘offers over’, to mean that the seller is looking for more than the quoted price. Although this might not be achieved an offer of 10% or more over a quoted price is actually quite common.

A house may also go on the market with a ‘fixed price’, and if this is met the offer will normally be accepted. A ‘note of interest’ by the buyer can then be submitted, signifying that an offer will soon be made.

The next stage as a buyer is to find a solicitor. The majority of property in Scotland is conveniently administered through an estate agent within a solicitors firm, who will then make the appropriate searches on a property to check that there are no legal constraints preventing it from being sold. It’s a fairly swift process that will probably cost between £250-300.

Sellers must arrange for a Home Report to show to buyers comprising a survey, an Energy Performance Certificate (which must be on display in the home) and a property questionnaire listing facts such as council tax and flooding history. A buyer can decide to carry out their own survey and a valuation of the property must take place.

Once these stages are out of the way, an offer may be made. The slightly-old fashioned term of ‘missives’, described in more detail in Practical Law, is used to describe the chain of correspondence which takes place between the two parties as this is arranged. The missives are usually signed by solicitors, which at least eliminates the need for the purchaser to keep venturing into the offices.

But there is one difference of note between Scotland and England, as once a written offer and contract details have been accepted by all parties this constitutes ‘concluding the missives’ –and the sale becomes legally binding. 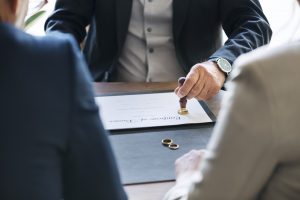 It’s the equivalent of exchanging contracts in England and can be concluded extremely quickly, which can sometimes catch out buyers from England who are unaware that the purchase is binding at that point – there is no concept of ‘subject to contract’.

This pitfall is the reason that people moving north of Hadrian’s Wall will almost certainly require two solicitors, one for selling their current home and one for buying the new one, to prevent the disastrous scenario of missives being concluded in Scotland and then the sale of the English house falling through.

There are a few other differences in the process, one of which is stamp duty – due to be replaced in April by a Buildings Transaction Tax, applicable to homes costing more than £135,000 and ranging from 2% to 12%. This must be paid within 30 days of completion – the MAS guide above describes it in more detail.

Overall the process is very similar, and as long as you are aware of the difference in when the sale becomes legally binding you could be enjoying your new home in Glasgow or the Glens very quickly.