While the most recent recession hit the UK hard, it’s clear the Great British public have not lost their entrepreneurial spirit, with microbusinesses popping up left, right and centre and putting sites like Helloprint hard to work printing a wide range of new marketing materials. 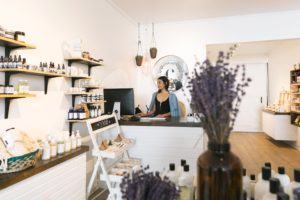 It seems there’s no keeping business-minded people down, so here are five amazing facts about the microbusiness boom:

1. Brighton and Newcastle seen the highest growth in start-ups

According to a study by Freelancer.co.uk – which polled 30,000 entrepreneurs from a range of industries – a significant number of people have taken up new ventures across the UK with Brighton and Newcastle witnessing the highest growth in the number of small start-ups being launched, closely followed by Manchester and Southampton.

Of those entrepreneurs polled, 18 per cent were planning on taking their business online only – with 24 per cent of respondents from Brighton and Newcastle stating that their start-up would be purely online. To the contrary, people in Sheffield were more interested in sticking to the bricks-and-mortar model with only eight per cent of respondents looking to go digital.

The UK microbusiness boom also seems to have had a positive knock-on effect for freelance workers. Research shows there has been a 19 per cent increase in the number of microbusinesses looking for help designing an ecommerce site, while orders for shopping carts to be added to sites were also up 18 per cent from 2012- 2013. Email marketing was also up 20 per cent, Twitter jobs were up 17 per cent, graphic design was up 12 per cent and telemarketing was up 10 per cent.

The microbusiness boom is also largely down to people starting new companies in a bid for extra cash – a sign of hard times, perhaps. These individuals usually have full-time jobs already but use any spare hours they have to embark on extra money making activities. With start-up costs for online ventures being extremely low, the prospect of a digital-only company is too tempting for many with entrepreneurs making the most of having little overheads.

5. Number of firms with one to nine employees has increased

The number of firms with one to nine employees has gone up by 550,000 since 2008 showing how people are prepared to embark on a new business venture alone or with a small team. With entrepreneurs able to outsource work on a regular basis, as mentioned above, there’s often no need for a large team and with few to no regular staff to pay, profits can be good. Once businesses are off the ground, many entrepreneurs then leave their full-time jobs to pursue their own projects.

It is clear that microbusinesses are booming in the UK and with Government funding available, new companies look set to crop up for many years to come.