Home
Saving Money
Is it Really Worth Having More Than One Job?
Prev Article Next Article

What do you do once you’ve finished work for the day? Drive home, sort out dinner, spend time with family and then collapse into bed? Well, that’s what a standard evening looks like for the majority of us. But for others, the evenings and weekends are an unmissable chance to earn extra money. 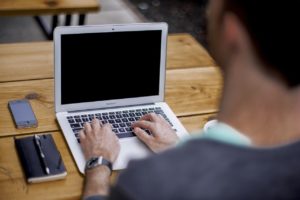 Of course, there are some obvious benefits to having more than one job. The first of these is the fact that a second (or even third) job means a higher income – extra cash that can be used to pay off debts, add to savings accounts or simply pay the bills with. Beyond that, a second job can provide ample opportunity to learn new skills, improve our CVs and tighten control over the direction of our careers. And for some, a second job is a necessary stepping stone to forging our own paths, ‘hustling’ to set up businesses on the side of working full time.

For others, however, an additional job on top of an already-busy working week is an immense strain. Not only does it strip us of our free time, it inevitably means less rest, more stress and perhaps even an increased risk of health problems. Worst of all, working multiple jobs can prove less cost-effective than we first assume, as the additional tax that must be paid makes it an endeavour that doesn’t quite ‘add-up’ for some.

Whatever the advantages and disadvantages of working multiple jobs, the Office for National Statistics estimate that 1.13 million people are working more than one job right now. With real-term wages falling 8% since the financial crisis, it’s possible that many of us are working second jobs just to make ends meet. But is this true for everyone? And ultimately, is it really worth having more than one job?

Stuart Hughes* works full time as a Digital Marketer, but he also takes on freelance writing work and works as a Bar Manager at the weekend. His employment contract does not prohibit him from doing any sort of work with anyone else, but Stuart is understandably reluctant to share too much about it with his boss. 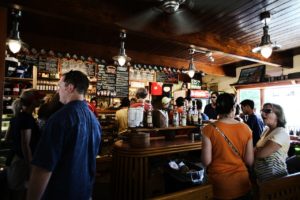 Some people report tension or snide comments from employers and colleagues who see their second jobs as a lack of loyalty to the company, and in fact, it’s not unusual for individuals with a second job to keep it a secret from their employer, fearing promotion discrimination or undue scrutiny about their performance.

“My employer knows about my situation, but they don’t know the extent to which I work,” Stuart says. “I feel it’s only fair to let your employer know you’re working a second job, but with regards to the amount I work? That’s an entirely private matter”.

However tight-lipped he has to be about the extra hours he performs, having more than one job suits Stuart. “If I could budget better, I’d be able to live on the salary of my Digital Marketing job,” he admits. “I would be able to pay rent and bills, as well as buy food. But, it wouldn’t be an enjoyable lifestyle… I work extra shifts to have disposable income. It allows me to afford things that would otherwise be out of my reach”.

However, Stuart admits that working more than one job really does have its downsides. “It’s difficult to schedule in time with friends, and the same goes for family,” he says. “Also, good luck if you want to hold down a relationship while working two jobs!”

“Definitely,” Stuart confirms. “I realise most people would read this and ask, ‘Is working six or seven days a week enjoying life?’, to which I answer, 'it depends on the kind of person you are. “I enjoy being busy. And I also save some of the money I make to go travelling”. 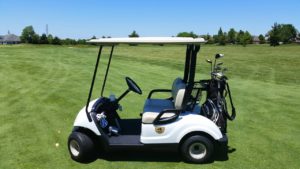 Someone else who enjoys being busy is Darren Child, a groundkeeper from Luffenham, Rutland. Darren starts work at 7am and finishes at 3pm in the winter (and 5.30am until 2.30pm in the summer on the golf course), landscaping, clearing out bunkers, maintaining equipment and other tasks. “It’s hard physical work but I enjoy it a lot," he says. "Despite never going to a gym, I’ve never been overweight, I’m physically fit and I like being outdoors”.

As well as working Monday to Friday on the golf course (and one day every third weekend too), Darren also works at Asda throughout the winter as a delivery driver two or three evenings a week. In the summer, he reduces his work at Asda to one evening a week, taking on shifts on a Polo ground to top up his income a few evenings a week, as well as an afternoon shift or two in the supermarket at the weekend.

“I don’t like not doing anything – I have to be busy”, Darren says. “And I like things like holidays and cars, and I have to fund that. My first job pays for all my essentials, but my private jobs pay for my fuel, my car bills, my food and hobbies, and repayments on my loans too”.

Darren believes that working so many jobs is worth it from a financial perspective because it allows him to have the kind of lifestyle he enjoys. “My car is expensive but I love it – I’ve always liked driving, and I’m honestly very happy doing a second job to pay for it. And I’ll go into any restaurant and just choose the option I want on the menu rather than being limited to prices. I’m not rich, but I feel very well off compared to some”.

However, Darren does point out that the amount of tax he pays makes his second job far less profitable than we might think. “At my second job, I earn the minimum wage but pay tax on it – so in the end, it’s almost not worth doing”.

That might not necessarily be the case, and individuals shouldn’t automatically be put off from working a second – or even third – job because of tax implications. It’s certainly advisable to check the amount of tax and National Insurance you’ll need to pay if you take another job. There’s an article from the Money Advice Service that has useful information on tax and pay for second jobs – including a valuable pointer; it’s worth checking with your existing employer that you’re able to take on additional work in the first place.

Darren says the only reason he continues working his second job despite paying so much tax is because it means he can take home just enough to top up his income without having to do a job he doesn’t like. “I don’t want to work in a pub or else I’d drink too much! And, I can’t put in extra hours on the golf course because I can’t operate a chainsaw in the dark… so the Asda job is worth keeping. Just.”

For now, he will continue working more than one job. “I enjoy work. I believe in working hard, but I would say to anyone, if you have a second job, make sure you have a goal. A reason to do it. I get some horrendous bills on my car, but I don’t mind because it’s a fun car, and I have nice holidays”.

“I’ve earned the money, so I have what I want – that’s my ethic. It’s worth having a second job because it gives me things to look forward to. Maybe I won’t need the second or third job in a few years once my loans are paid off, but I will always think it’s worth it to a certain extent – if only to keep myself busy”.