The pharmaceuticals industry is big business. It turned over around £49 billion in the UK in 2018 and employs around 73,000 people, making it a valuable player in the country’s economy. However, in recent years, there have been some significant news stories about the impact of pharmaceuticals on the environment and to humans.

In 2018, a rise in the number of superbugs around the world was linked to high levels of pollution caused by pharmaceuticals being dumped into rivers. Then, in 2019, analysis of water samples in the Humber estuary found that ibuprofen was at some of the highest concentrations reported globally.

As these drugs continue to be dumped, they pose a risk to wildlife and can even make their way back into our tap water. So, what is pharmaceutical pollution? And can pharmaceutical companies go green, therefore become safer?

What is pharmaceutical pollution?

Pharmaceutical pollution is often referred to as drug pollution. It is the contaminating impact of discharging pharmaceutical chemicals into the environment. Most of this contamination can be found in water, but it has also been picked up in soil.

According to a report by the European Commission, 90% of pharmaceuticals found in the environment in the EU are emitted by people and animals, and come from urban wastewater, manure, and sewage sludge. Emissions from manufacturing and the disposal of unused pharmaceuticals are the next largest sources.

The drugs found in waters and the surrounding environment are mostly prescription or common over-the-counter medicines and, if left unchecked, they can have a negative effect.

What are the risks of pharmaceutical pollution?

The fallout of pharmaceutical pollution impacts on humans and the environment alike. For the environment, contaminated waters are affecting the quality of our rivers and lakes.

This, in turn, is are having a huge influence on wildlife that live in the world’s rivers and seas. For example, endocrine-disrupting chemicals such as carbamazepine have been linked to disrupting the reproduction of fish, with fish eggs becoming underdeveloped, and shellfish have seen disrupted digestive processes. This effect on aquatic ecosystems has the potential to wipe out whole species. 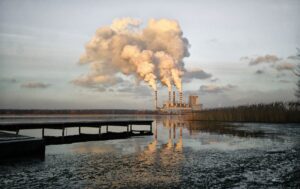 There’s also the negative effect on our health to consider. As humans, if we eat fish and other animals that take in polluted water, we’re exposing ourselves to this pharmaceutical pollution.

Over time, this could mean that if drugs run off into poorly filtered water systems, humans could ingest them. This could lead to disease and other health conditions. Significantly, if antibiotics, for example, make their way into the water we drink, the bacteria that’s killed by those types of medicine can become resistant – and that’s where it becomes a global issue as these drugs become ineffective when someone has a life-threatening condition.

How can pharmaceutical companies fix the issue of pollution?

At the moment, there are still studies underway that are investigating how pharmaceutical pollution affects the environment, wildlife, and humans. But in the meantime, the studies to date have been damning. 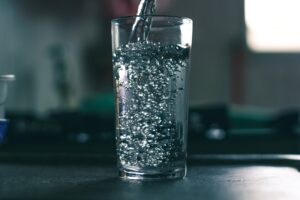 To address this issue, there are steps that pharmaceutical companies can take. First, investing in the services of a specialist company that can filter water to the highest standards can go a long way towards keeping pollutants from waterways. ERG is one example of a company that works with pharmaceutical businesses to filter water using purpose-designed scrubbing systems.

Another way they can help is by working within guidelines and legislation to prevent the environment from becoming polluted. By working with steering groups, pharmaceutical companies can create systems that continue to have the same output without waste going into the waters.

What can the public do?

The public can also play their part by avoiding flushing medicines down the toilet and buying medication in bulk as this could lead to further waste. Additionally, investing in a filter for your tap water can prevent polluted water from ever being drunk by you or your family.

Until pharmaceutical companies take responsibility for the drugs that enter the waters, there is still a long way to go before we’ll see a reversal in contamination levels. But if we all act as individuals, we could prevent our families from ingesting these drugs via our tap water.