Darren Bent, an Aston Villa football player claimed £63,000 to hire an Aston Martin while his car was being repaired following an accident but as he has now found this was not a ‘free’ credit hire vehicle. We take a look at why and why you need to be careful in such a situation. 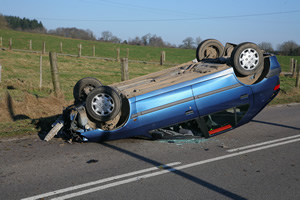 The case involving Darren Bent ended up at the Court of Appeal.

The reason being he hired an Aston Martin from Accident Exchange, an accident management company, which charged £573.28 per day + VAT for the car. Allianz Insurance, the insurer of the liable driver in the accident, contested that this charge was unreasonable.

The case was taken to Cambridge County Court who originally ruled that the cost should be covered by Allianz Insurance.

However, when the case was taken to the Court of Appeal it was ruled that Mr Bent did not go far enough in carrying out a market comparison on other cars available to hire whilst his was being repaired.

In other words the court felt that a reasonable person, spending their own money, could have hired a vehicle at a much lower cost by ‘shopping around’.

The ruling has meant Bent failed to recover in excess of £20,000 of the amount claimed – his ‘free’ hire vehicle was therefore most certainly not ‘free’.

As Martin Saunders, motor and casualty manager at Allianz Insurance comments: “It is important for motorists to understand that the general public may still have to pay towards the costs of a so-called ‘free’ credit hire vehicle, if they do not follow basic principles.

If claimants can afford it, shop around and talk to the insurer, even if it is the insurer of the driver who caused the accident. In most cases they will be only too pleased to help and discuss solutions.” 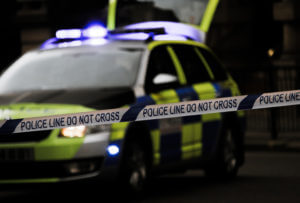 The number of third party car credit hire or accident management companies firms promoting their services to help should you be involved in a car accident that wasn’t your fault is increasing. Their services might include providing replacement transport, arranging for and funding repairs and helping you to claim compensation for injury or lossed suffered. They will bill the car insurance company of the driver who caused the accident.

The issue is that some such companies charge high vehicle rental costs. Hirers therefore need to make sure they do not blindly accept a car offered to them following an accident, they should

Martin Saunders concluded: “This case is important in establishing some clear guidelines when dealing with such insurance claims. We completely understand that people need mobility but accept that what might amount to a first estimate could leave some badly out of pocket.”

The First Defendant’s driver was involved in a road traffic accident on 26th February 2007 with a Mercedes CLS AMG Coupe driven by Darren Bent. The First Defendants were insured by the Second Defendant. The Claimant hired an Aston Martin DB9 at a cost of £573.28 per day for 94 days, with a claim for £63,406.90 pursued by Mr Bent.

At Trial on 10th July 2009 HHJ Yelton at Cambridge County Court awarded the full amount claimed. The matter was taken to the Court of Appeal and Judgment on 24th March 2010 confirmed that the approach of HHJ Yelton was incorrect with the matter remitted for re-trial.

The re-trial was heard on 4th & 9th February 2011 at Cambridge County Court by HHJ Yelton. Allianz Insurance and their policyholder were represented by Mark Turner QC and Berrymans Lace Mawer LLP.