No longer is it a Stag or Hen night, rather it’s a ‘Do’, meaning a Hen or Stag Weekend or even longer. But where is it cheapest to go? Where can you go without spending an absolute fortune and in the process upset your marriage even before it starts? 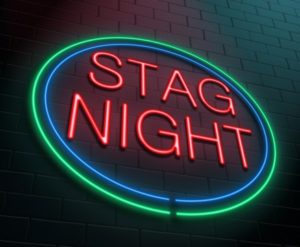 Looking at stag dos, Europe has become a popular destination and according to travel money specialist No.1 Currency, Bratislava is the place to head to if you’re looking to do a lot of celebrating at the cheapest price overall.

No.1 Currency compared the cost of a basket of ‘stag do essentials’ across various European cities.

They included a return flight, one night’s stay in a youth hostel, a pint of beer, a fry up, a Big Mac, entry to a nightclub, a ticket to a football match and a taxi ride.

Taking all these into account to give a total stag do cost, the Slovakian capital of Bratislava offers fantastic value at just £96.

This compares with a massive £302 if you head off to the Spanish party island of Ibiza, or just over £200 if you opt for Magaluf.

Purely on flights, Dublin fares well due to the cheap flights from London to Dublin.

The downside is the cost of a pint is a massive £3.45 a pint. This is more than four times the price of the 87p pint in Prague, and over three times more than £1.04 a pint cost in Bratislava.

If you want to include a football match during your stag party, Berlin is the most expensive city with tickets to see Hertha BSC costing £70.83. To put this into perspective it’s £45 more than the second most expensive, Blackpool. 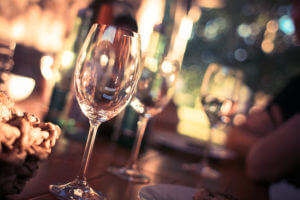 Simon Phillips, Head of Retail for No1. Currency, commented: “Going abroad for a stag weekend is very popular amongst soon-to-be-wed Brits, and with considerable cost savings to be made, it’s easy to understand why.

He added: “Eastern Europe offers some of the best value for money, with cities such as Bratislava, Tallinn and Budapest boasting cheap accommodation, club entry, and perhaps most importantly, cheap pints.

And continued: “It’s well worth ordering and collecting your currency before you leave the UK to enjoy the most favourable exchange rates, and that also means no worries about tracking down cash points while you’re out having fun.”

Diane Ray, MoneyHighStreet.com commented: “As with all aspects of your travel it pays to plan ahead. Understand your options, weigh up your own requirements and then make your decisions.

Clearly as the research shows, you may find that because of the makeup of needs for your stag weekend one destination rather than another may work out cheapest.

As well as getting your travel money cash, it may be worth considering a prepaid travel money card, such as offered by CaxtonFX, ICE Euro Travellers Cashcard and FairFX card as well as The AA Euro and Worldwide (Sterling) Travel Currency MasterCard® Prepaid Cards.

More About No.1 Currency

No.1 Currency, part of FEXCO, a multinational financial and business solutions provider, is a leading provider of foreign exchange services in the UK and by the end of 2014 will operate in 43 stores and employ nearly 200 people.

No.1 Currency offers a wide range of currencies, at market leading rates and no commission charged on transactions, but any currency not used by customers can be bought back and there is no minimum requirement on orders placed.