Vodafone has the worst customer service that I have ever encountered. I don’t care how good their mobile and broadband products seem on paper, I have finally escaped their clutches and I never want to be a Vodafone customer again.

Before you think that I have suddenly become “Mr Angry”, I’d better explain why I feel so strongly about the appalling service that I have received from Vodafone recently. 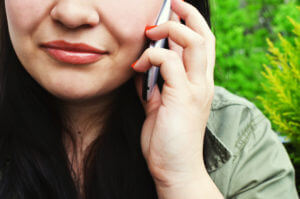 About a year ago, I was struggling with the reception from Three and decided to switch to GiffGaff instead. Well, that didn’t work out too well, as you can see from that article, and I ended up subscribing to Vodafone on a 12 month contract.

To be fair, my time at Vodafone has been trouble free – reception has been generally good and I liked the free Spotify entertainment package that was bundled with my contract.

There has been no reason to contact customer support or anybody at Vodafone, until recently.

My contract was coming to an end and I wanted to move back to Three as they have improved the signal strength in my area, and their products are far more price competitive. Vodafone had put up their charges during my contract and were much more expensive than Three, so there was no reason to stay with Vodafone.

So I contacted Vodafone to cancel my contract, which is when my troubles began….

I decided to contact Vodafone using the web chat facility in their mobile app, which, three hours later, felt like a very big mistake.

As I said I wanted to leave Vodafone, I was passed to someone in the customer retention team, who tried hard, via the chat, to convince me to stay with them. 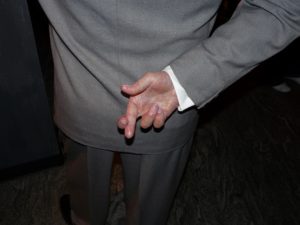 He eventually came up with a discounted scheme whereby I was to be given two months free against a new 12 month contract, so as that brought the Vodafone charges in line with the Three monthly costs, I agreed to go ahead with that plan and not leave.

The retention agent then mentioned their broadband products, which actually sound quite good.

By this stage, we were now an hour into our chat session. He had explained the broadband product in more detail, but when he sent me the terms and conditions, I saw straight away that the broadband contract was for 18 months and was just about to say no when our chat session was suddenly cut off.

I tried several time to restablish another chat session to the agent, but was cut off twice more.

So I decided to phone customer services as I wanted to clarify the roaming charges on the new phone contract. I did not think anything else about the broadband as I hadn’t agreed to anything before our chat session had been terminated.

When I explained about the two months free offer, the customer services lady couldn’t find anything in the notes mentioning this and said that the retention agent was wrong to promise an offer like that.

By this time, I had spent three hours engaging with various people and departments in Vodafone customer services and I had just discovered that I had been deceived into staying with them.

I was livid, so I immediately cancelled my new contract and requested a pac code, which was what I was trying to do three hours before!

And then the Vodafone broadband order arrived…

To my surprise, and horror, the next day, I received an email from Vodafone congratulating me on my broadband order and saying that my existing service would be migrated to them in two weeks time!

Several minutes later, I received an email from my existing iSP saying that they were sorry that I was leaving them.

I had not agreed to ordering broadband during that web chat. So the customer retention agent must have put an order through when I was cut off – completely against my will. 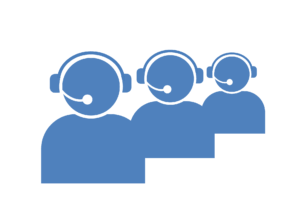 I immediately rang Vodafone customer services – or tried to, as I was waiting to speak to someone for forty minutes, hanging on the end of the phone listening to their terrible “on hold” music repeat itself again and again.

Eventually I got through to someone in customer support, who said he would look into the situation, but instead dumped me back in the phone queue again.

A few minutes later someone else picked up my call, but had no idea why I was calling her so I had to explain everything again and also go through the security questions yet again.

To be fair, she was sympathetic, but soon passed me to someone in broadband support.

I had to explain everything to the support lady again, but she said as I was cancelling my broadband support, I had to speak to someone else in the customer retention team.

Why was I not put straight through to someone who could cancel the contract, rather than technical support?

My heart fell after my experiences with the customer retention department the day before….

Luckily, though, once I had explained for a fourth time, the agent could actually cancel the order that I had not placed in the first place.

By this time, I was furious that I had been put through so much hassle just to rectify a problem caused by Vodafone staff and to protect my broadband supply from them.

The retention agent made no effort to retain me as a customer this time, which was wise.

However, I had to phone my ISP support team (who I got through to straight away) to tell them that the order was wrongly placed by Vodafone and that I had no intention to move my broadband away from them.

As a result of that first retention agent lying to me and then putting through a broadband order that I had not agree to:

I will never use Vodafone again, for anything

As I said, a thousand words ago, no matter how good their products appear to be, I will never use Vodafone again. 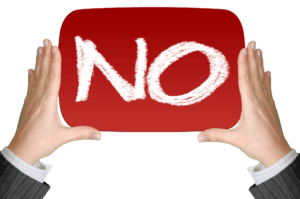 If you need support or have issues with your account then either I had terrible bad luck in the way I was treated, or this is the norm, and is the poor service that you will also victim to.

If you are so fed up with them that you want to leave and cancel your account, then that is when all hell will break loose, or at least it did for me.

It is appalling that a member of the retention team can make promises that are just not true, and that he can then place an order on my behalf without my permission, or me even being in communication with him (as happened when the chat session mysteriously ended).

Life is simply too short to spend it hanging one the end of the phone, desperately hoping that someone in Vodafone customer services will answer it. In the hope that the person you eventually speak to is in a position to deal with your query without sending you on a journey passed from one agent to another like a hot potato that no-one wants to, or is able to, deal with.

One of the many customer service people I spoke to admitted that they have to deal with many angry customers each day.