We’re living in turbulent times politically – with Trump, trade wars and Brexit dominating the news headlines, but, what’s the economic impact of this dramatic news cycle? 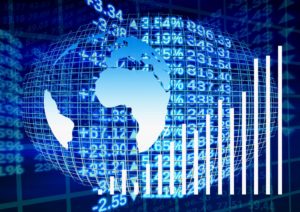 Forex market experts Daily FX analysed 59 key events across six major world leaders between April 2017 and April 2018 to see the impact they had.

Here are four key lessons we learned from its interactive guide:

Snap elections are a risk

UK Prime Minister Theresa May and her Japanese counterpart Shinzo Abe both called snap elections in 2017. Abe wanted to win support for his hard line on North Korea and domestic programme and to capitalise on the weakness of his political opponents. May, meanwhile, had wanted to increase her majority over Jeremy Corbyn’s Labour Party and strengthen her hand in the Brexit negotiations.

Abe’s success in October saw growth for the Yen, while the uncertainty left by a hung Parliament in the UK caused the Pound to fall sharply.

Donald Trump’s war of words with North Korean leader Kim Jong-un has attracted plenty of headlines, as the two leaders appeared to be on a collision course for a potentially dangerous conflict. However, when Donald Trump called his counterpart ‘rocket man’ or bragged about the size of his nuclear button the Dollar actually increased.

In the UK, the Pound also rose when Theresa May stepped in to criticise Donald Trump for sharing posts from the far right group Britain First on Twitter.

On March 22, Donald Trump signed a deal to impose tariffs of up to $60 billion on Chinese imports to fight back against what he felt were unfair trade practices. The President declared this was the ‘first of many’ such moves, triggering fears of a widespread ‘trade war’.

Yet, this protectionist move prompted the value of the Dollar to drop in five major currency pairs.

Earlier that month, the Canadian Dollar rose after Justin Trudeau talked Trump out of imposing tariffs on his North American neighbour.

Forex markets are, it seems, spooked by the prospect of a trade war and restrictions on free trade.

Politicians love a set piece speech. It’s their chance to set out their vision and announce new policies to the world. Some take a lot of time to prepare and are intended to make a big splash. Theresa May even went off to Florence to make a big pronouncement on Brexit in September.

However, despite announcing her intentions for a two-year ‘implementation period’ to ease the transition for the UK as it exits the EU, the impact on the currency markets was fairly static. Choreography, it seems, doesn’t always work.

There were, however, slight falls for the Pound during May’s Conservative Party conference speech which was dogged by her losing her voice, the lettering on the set behind her slipping down and a prankster interrupting her.

Brought to you by DailyFX