Back in February of 2012, MPs and peers declared asbestos in UK schools a “national scandal” after the Department of Education suggested that as many as three-quarters of schools housed asbestos. Extensively used from the 1950s to the late 1980s, anything from houses to office to factories to schools could contain the deadly substance. 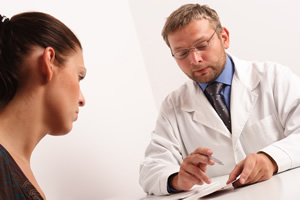 Studies suggested that deaths from asbestos-related diseases will peak in 2016 and with mesothelioma compensation claims on the rise; the use of this substance is big news.

Inspection initiatives did begin to manage asbestos in school buildings from 2009.

This all came to a head in November when the 900-pupil Cwmcarn High School was closed after a report from Santia Asbestos Limited showed fibre levels 10 times higher than the accepted levels.

It was recommended that the school be shut for health and monetary reasons. This led to a petition and a Christmas campaign on ITV to save the building.

One of the top schools in the sleepy valleys; parents, teachers and pupils alike don’t want to see it go.

But, the latest news from SecEd has said that this is a countrywide issue and “the cost of removing asbestos from schools in Wales would make the task “wholly impractical”. This is based on the fact that initial estimates for removing asbestos showed it would cost hundreds of millions of pounds to do properly.

Figures show that 140 school teachers have died from mesothelioma in the past decade. With 4,000 people in total dying due to asbestos every year then the management and phased removal of the fibres is key. With asbestos surveys and removals costing thousands of pounds just in homes, it is easy to see why this is a worrying epidemic for councils across the country.

But, it isn’t just schools that are needing taxpayers money to rid themselves of asbestos. It is a royal problem in every sense of the word.

According to accounts, the Queen was hit by a £1 million bill for stripping asbestos last year, with more millions likely to be spent as work is done over the next 20 years to remove the building material from the 19th-century south wing.

There is already a backlog of repairs and improvements that are needed at Buckingham Palace but thanks to most of the electrical and mechanical services installed with asbestos, this has been brought to the fore.

Care and attention is always needed when searching for and removing asbestos, which Kings College found out to their expense. When painting this part of the University of Cambridge, asbestos which was previously unnoticed was found and the painters claimed around £15,000 in compensation.

If long-term effects are found then compensation can be a lot higher. Anything from £30,000 all the way to upwards of £100,000. But, for now, councils need to worry about the cost of stripping schools across the United Kingdom.