Home
Smartphones
What are the best budget VR headsets?
Prev Article Next Article

It seems impossible to escape the growing power of virtual reality. Most technology savvy people now know of the Oculus Rift, or the HTC Vive, which often dominate the conversation. There are other options on the market, however, that are less likely to break the bank. 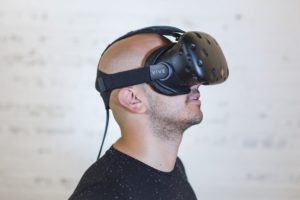 Whether you’re looking to hire virtual reality for personal or business reasons, or fully invest into it and buy the headsets yourself, it is smart to try a cheaper option first before leaping into the deep end.

Perhaps the best known budget option, Google Cardboard popularised the idea of using your smartphone as the computer for VR, opening the market up for people hesitant to otherwise give it a try.

Strongest point for Cardboard? An entry point of only £15, making it one of the most affordable on the market. Setup is also very easy, once the viewer is constructed. Step one, download the app of your choice. Step two, open the top flap of the viewer and slide in your phone. Step three, close your phone inside and view the content.

Cardboard works with both iOS and Android, making it a viable option for multi platform users who want to experience content across both markets, and the unit is lightweight and easy to transport as it can be broken back down to a flat panel.

It does have some downsides. Due to the low price and lightweight design, it lacks straps to hold the viewer in place, meaning the experience is not hands-free, and is better suited to short experiences over long sessions.

The next step up from Google Cardboard, the Homido Virtual Reality headset is a simple, but well made, headset without bells and whistles. It is designed to hold your phone again, but this time features both a head strap that goes around, and an optional over the head strap to help stop it slipping down over your nose during use.

Again compatible with both iOS and Android devices, though some have reported that their iPhones struggle to fit in the case, this headset is a good option for those using both.

One of the downsides is that for those that wear glasses, you’ll have to choose between that and wearing the headset. There is not enough space for both. Thankfully, the Homido comes with interchangeable lenses, helpful for both short and long sighted people alike, alleviating some of the issues.

Another issue is control: A separate controller is required, and is not included with the headset. The official Homido controller only works with Android devices at the moment, meaning that iPhone users will have to go with a more generic option.

Developed in part by Oculus, the Gear has a sleek design that doesn’t look out of place next to some of the more expensive VR options on the market, and is arguably one of the best phone-based solutions available. It is lightweight, comfortable, and designed for longer use. 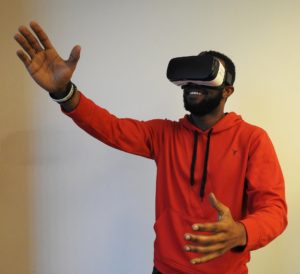 The Samsung Gear VR activates as soon as it is put on, and focused with a dial on top. It is controlled with a separate controller, like the Homido, but this time around it comes included in some packages depending on the price point chosen.

As the Samsung Gear originally released in 2015, there is an extensive market of apps available, making it an option with one of the strongest libraries, though due to revisions in the model there are some compatability issues when it comes to the older programs floating around.

Compatible devices include the Samsung Galaxy S8, S8+, A5 S7, S7 edge, Note5, S6 edge+, S6 and S6 edge. Whilst other phones will fit into the headset, it is not recommended as they are not fully compatible, making this the only exclusive option on this list.

VR Box is an interesting headset compared to others on this list. In essence it is very similar to the Homido, as it has cross-platform compatibility, a low price point, and a customisable focus adjustment system – though it should be noted that VR Box lets users adjust per eye, rather than simply offer different lenses.

It has some individual quirks, though. For example, instead of a hinge system, commonplace in the phone VR marketplace, it uses a compartment that entirely slides out for the phone to be placed in, and is then slid and locked back into place.

The biggest selling point of VR box is that it is not only for virtual reality, but also lets users use augmented reality, or AR, applications. This is thanks to a little panel that slides away, exposing the phone’s camera for general use.

This clever feature does have a few downsides. For one, there is some light light leakage from around the slidable plate, which whilst not majorly disruptive can cause some issues for some users. Otherwise, it is a very versatile option for those looking to go beyond VR alone.