With all the adverse publicity about personal injury claims, the no win no fee system and so-called ambulance chasing it’s all too easy to overlook some basic , important and quite surprising facts about compensation for accidents. 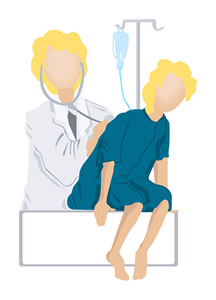 Whilst there is little doubt that across society, with personal injury being no exception, a culture has developed where it seems to have become acceptable to exaggerate a claim, to get what you can, it also remain true that accidents have always happened and always will, whether road traffic accidents, accidents at work or in any manner of ways.

In terms of compensation for pain and suffering for an injury, English law is not generous.

Damages are very much on the low side, tying in with the philosophy of English law being largely not about compensation but instead to place a victim, whether in contractual or other terms, in so far as possible, back in the position he or she would have been in had the legal wrong not occurred.

So, as an example, for a broken leg, damages for pain and suffering might be somewhere between £10,000.00 to £20,000.00. Not a small amount of money but hardly excessive bearing in mind that such an injury is clearly a serious and agonising one.

What makes injury claims more costly is instead the issue of special damages.

These are the compensation items claimed for consequential loss, such as being unable to work, ongoing medical assistance and such like, and this is the really controversial area.

Taking whiplash as an example. If a claimant, following a traffic accident, suffers whiplash, which is generally considered a muscular injury, it has become common for claims to assert that they can’t work for an extended period of time. It doesn’t take a mathematician to work out that if this period extends into months or years it can easily exceed the amount of damages for pain and suffering.

Special damages are the reason that we all read in the papers about big claims which result in settlements or awards that may run into hundreds of thousands of pounds and occasionally, millions.

As a personal injury solicitor I deal with many claims where there is a catastrophic impact of an injury on a clients life, such as medical negligence claims like cerebral palsy or horrendous accidents at work, such as crushing or falling accidents which can cause brain damage or paralysis. With the elderly, a fracture can result in a situation where recovery is never complete and ongoing care is required.

These cases clearly merit a claim which takes into consideration that person’s ongoing needs and losses in the future. In fact, financial compensation can never put these individuals in a position they would have been in but for the accident.

However, I also see many claimants who “play the game” and seek to maximise a payout based on special damages claims when perhaps that person could return to work.

As a society we need to look at this issue in a wider context.

To me, the issue is inherently linked to a worrying disregard for the law, a culture lacking in social responsibility and a desire to keep up with the neighbours in a consumeristic way, almost at all costs. The way the welfare state has worked over the last few decades has not helped either.

In pure financial terms, what’s the upshot of all of the above ?

Increased insurance premiums for all. As the saying goes “money doesn’t grow on trees” and we can all be sure that insurers will find ways to remain profitable.