Did you know that if you just automatically renew your car insurance policy it could be costing a lot more than it need to? Here’s why this is not sensible and you at least need to compare car insurance costs, you may be able to save money. 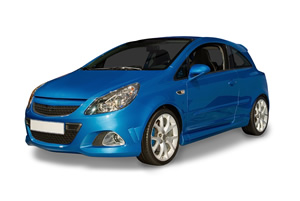 According to research by Gocompare.com, millions of motorists could be over-paying to the massive sum of almost £2 billion a year for their car insurance, just because they allow their insurer to automatically renew their policy.

UK drivers have on average been with their current insurer for three years.

In fact nearly 40% of drivers have been with the same insurer for three or more years.

Of concern is less than 50% of drivers check last year’s premium to see how it had changed at renewal and only just under a third check their renewal documents for any changes to the cover.

There are a variety of reasons as to why drivers stick with their current insurer and automatically renew their policy. These reasons include:

On a more positive note, some 65% of drivers who participated in the survey didn’t just allow their car insurance to roll-over at their last renewal. Of these, most didn’t let that happen because either they wanted to find cheaper cover to save money or they didn’t trust their insurer to give them the best deal year after year.

Lee Griffin, of Gocompare.com Car Insurance, commented: “Now is the time to be shopping around to try and get a better deal as many insurers will happily renew your insurance automatically unless you contact them to tell them otherwise. 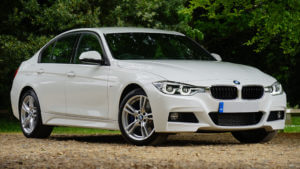 He added: “Loyalty counts for very little when it comes to insurance and many drivers would be better off switching rather than sticking with the same insurer.

‘In their renewal letters, insurers will focus on the convenience of needing to do nothing at all in order for your insurance to continue.

‘However, with rates reducing in recent years there can be good reasons to switch.

‘Three years is a long time in car insurance and the chances that an insurer was the cheapest at the top of the market and still good value now are pretty slim.

‘So if you have been with the same insurer for a number of years, it is well worth using a comparison site to check your renewal price against the best in the market today.”

Should you decide to make the change, do of course make sure that you contact your old insurer in good time to advise them that you wish to cancel your policy when it expires. If you don’t and your existing insurer renews your policy you may find you face a cancellation charge to cancel it.

Diane Ray, MoneyHighStreet.com comments: “As with all insurance, it’s vital that you buy the best car insurance policy that provides you with the cover that you need.

‘You could face a real disaster for example if you blindly opt for the cheapest car insurance policy without checking the cover. If you need to make a claim you need the right cover in place, otherwise, you risk your claim being honoured by your insurance company.

‘As Lee says too, car insurance rates have reduced over recent years and so there’s a good chance that you’ll be  able to get a good deal on your cover. To attract a new customer an insurer may offer an incentive, take advantage if appropriate.”