Today we will discuss in more detail the principles of tipsters and tell you whether you should still trust most of them. 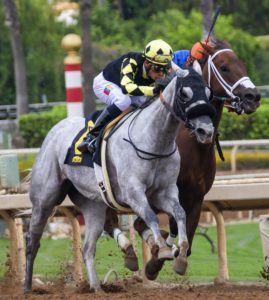 To begin with, let’s give one simple example that shows a lot. For example, a certain tipster regularly posted his predictions for tennis matches for five years, while the quotes for the victory of a particular player in each of them were approximately equal (that is, the coefficients were about 2.0). Everything was quite fair and transparent-bets were issued a few hours before the start of matches in real time, which could be tracked by the corresponding coupons.

And the profit of this tipster for the specified period amounted to 100 thousand dollars – it is a great result, isn’t it? Followers of this man probably imagined him as an excellent expert in the game, a kind of guru of tennis.

However, in fact, it could well turn out that all these forecasts were no more valuable than, for example, the forecasts of the notorious octopus Paul – in other words, based solely on luck, but not on experience and analytical data. Let’s imagine that in a certain contest with the same conditions, not one, but one hundred tipsters participate with equal chances to win or lose 20 thousand dollars during the year; at the same time, the losers are eliminated at the end of the year.

So, after the first year of the competition, 50 tipsters who stupidly click on one of the two buttons (the chances of winning one of the tennis players, let us remind, are approximately equal) remain, they earned 20 thousand dollars on average only due to luck, while the remaining 50 are eliminated. It is easy to calculate that by the end of the fifth year, three tipsters will remain, each of which was able to earn 100 thousand dollars, while relying only on luck. 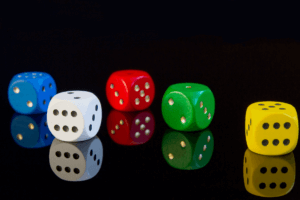 How to distinguish a lucky person from a professional?

The phenomenon described above is called the “survival trend”. It is used for evaluating the work of tipsters: as we have already found out, even people who occupy the first places in the rating of such specialists can actually be just spoilers of fortune, who do not know much about sports analytics.

If you seriously decide to follow tipster’s advice, not trusting your own opinion too much, when choosing such a specialist, you should correctly choose the size of the initial sample of matches for which correct predictions were given. Very often it happens that in a relatively short period of time, thanks to luck, a number of tipsters who are not professionals are able to give more or less accurate forecasts, but over a longer time, their chances of success are reduced to zero or become negative.

However, this factor can not be considered a determining factor, as we have shown in our conditional example. Just tossing a coin and waiting for heads or tails to fall out (and the situation we simulated for tennis matches was similar), we do not take into account the bookmaker’s margin, which is always present in bets on sports events. Thus, the tipster should issue his forecasts taking into account the odds of those bookmakers where the margin is the lowest (because the lower the margin, the easier it is to achieve success over a long term), and the pinnacle betting company is just like that.

Well, it is worth to remind that in any case, first of all, one should check the integrity of the tipster – whether he puts his coupons for matches in real time, and not just rigging them for the desired result. Also pay attention to the amount of bets – it is unlikely that a professional will advise you to use more than 3% of the bankroll for one single bet.

Example of a survival trend

A few years ago, on one of the English-language channels in a program called “System”, the famous illusionist Derren Brown demonstrated to the audience how confusing the survival trend can be. Among the participants in the show, which was supposed to develop a supposedly win-win betting system for the winner of the races, there was a girl named Hadisha. She won five times in a row, but when she placed a $ 4,000 bet for the sixth time, she lost. 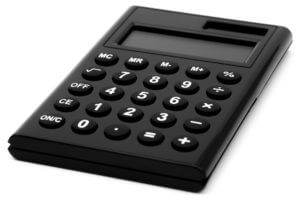 Initially, almost 8 thousand people participated in the program. All of them were divided into six groups by the illusionist; each group was asked to place a bet on the winner of the next race, while participants in two different groups could not place bets on the same horse.

Since there were only six horses in each race, five groups were eliminated at the end of the race, and the participants in the remaining one were again divided into six groups. Hadisha, as you may have guessed, was always among the winners. However, when she was left alone, she lost after the others.

The main conclusion from all of the above is that luck can smile at everyone, but for a professional it is of secondary importance. Even in the event of a series of losses, the professional is able to keep his cool, knowing that his system will allow you to return everything with a vengeance in the future.

The formula for estimation of professionalism of tipster

In conclusion, here is a simple formula by which you can independently assess the level of professionalism of the tipster:

Here, X is the total number of predictions issued by the tipster, and Y is the number of possible wins. So, if tipster gave 100 predictions, then the number of theoretical winnings according to our formula will be 60. This indicator can be achieved only by luck in only one case out of 40, and therefore, if the” verified ” forecast seller has similar statistics, most likely, he can be trusted.

However, it is obvious that a hundred predictions is a too small sample to assess the true capabilities of the tipster. Therefore, the more forecasts available for viewing, the higher the probability of correctly estimating the tipster is. Most often, it is better to trust a tipster who has, say, 55% statistics for 1000 predictions than one who has given out 75% accuracy for 50 matches.

Often, sellers of sports forecasts, otherwise called tipsters, promise super profits to those customers who are willing to bring in their money and follow their advice. Most often, this is what ordinary scammers do, giving wishful thinking, but sometimes really honest experts in this business, as they say, fill their own price, and deliberately inflate people’s expectations. So how do you distinguish a professional from a scam artist? 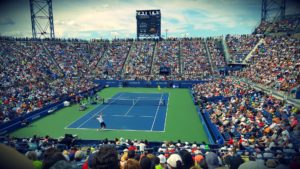 Many players, both beginners and experienced betters, like to place bets on events whose betting odds are close to 2.00, taking into account the margin. In other words, the probability of such an outcome is about 50%. This can be both bets on the “money line” market (for example, the victory of one of the teams in a match where a draw is impossible), and on the “totals” market (for example, the total performance of a football match will be more or less than 2.5); a similar probability distribution can occur in other, less popular markets.

Student’s criterion as an assessment of tipster’s effectiveness

For events where the probability of opposite outcomes is close to 50%, the so-called Student’s criterion is quite applicable, which determines the probability of a random win in a series of multiple coin tosses (and the loss of heads or tails, respectively). This criterion helps to compare the player’s actual winnings with the theoretically expected ones (taking into account only randomness)in the conditions of the betting market.

It is obvious that the greater the number of correct forecasts issued by tipster is, the higher the chances are that this is the professional. Who do you prefer as an “ideological mastermind”, whose advice when choosing bids should be used – the one who correctly guessed 7 out of 10 forecasts (that is, with a passability of 70%), or the one who correctly predicted 600 out of 1000 forecasts (passability of “only” 60%)? And in this case, the words “guessed” and “predicted” accurately reflect the true state of things.

If you are in doubt about the answer to this seemingly obvious question, imagine a coin toss situation. You will agree that a seven-out-of-ten eagle is much more likely than a 600-out-of-ten eagle in 1000 flips, and the Student’s criteria mentioned above is exactly what convinces us of this.

Thus, one of the criteria that will help you when choosing a tipster will be the positive statistics of its forecasts over a long distance – and the longer it is, the better. It is another matter to make sure that these statistics are accurate, but this is a different topic. 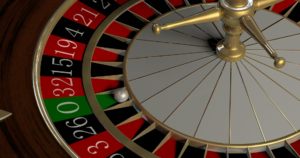 In other words, a win on bets with a coefficient of 1.25 in the amount of 120% is much more indicative of the degree of professionalism of the player than the same win on a bet with a coefficient of about 5.00. And either lucky or people who know some information, unavailable to other market participants rates (which for this level is almost impossible) and predict a victory, for example, Levante against Barcelona in the match of the championship of Spain.

Therefore, comparing the histories of placing bets with only the percentage of winnings taken into account when evaluating tipsters is a fundamentally wrong tactic: you should always pay attention to the coefficients. It directly follows that if the tipster indicates in his statistics a long series of wins for betting on events with high coefficients (say, from 3.00), interspersed with single failures, you are almost certainly a regular crook, just cunningly manipulating the results.

So, we have considered two criteria that will help you when choosing a tipster-unless, of course, you trust your own experience, calculation, and intuition. When comparing the betting histories of different tipsters, as we can see, it is not enough to simply analyze the winning percentages. It is also necessary to study the history of winnings and the coefficients at which they were obtained.