For those working with secured loans, there is a lot to celebrate going into the New Year. Numbers coming from 2014 show generally positive trends, and predictions are floating around for what’s waiting in 2015 remain very optimistic that secured loans on property will continue to grow. 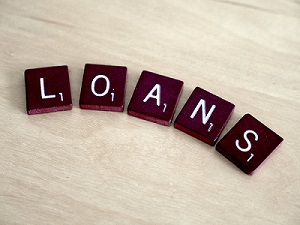 Economies and finance in general still remains unstable, especially considering the recent shocks out of Switzerland, but for mortgages, there is a lot of evidence that some stability and improvement is finally taking hold.

It is worth noting that with this changing market now is the perfect time to play the system and compare secured loans and make sure you get the best deal the current buoyant market will give you.

Here is a review of some of the good news with strong numbers coming in from last year and interesting predictions for 2015.

All of this despite a housing market that has been slowing down, as evidenced by a fourth quarter predicted to be down 8% on last years.

According to Bob Pannell, chief economist at CML, “First-time buyers were a key driver, helped by government initiatives such as Help to Buy. As a result, the number of first-time buyers topped the 300,000 mark. While a far cray from the half million that we might regard as ‘normal’, this was the highest number of first time buyers since 2007.”

This news has been echoed around the world as well, with the Los Angeles Times reporting that mortgage rates defied forecasts. “So instead of the year ending with 30-year mortgage rates at 5%, as many had projected,” Scott Reckard writes, “it would up at an average of 3.87%, according to housing finance giant Freddie Mac.”

This good news all around about performance in 2014 inevitably leads to questions about what’s next.

The chief executive of mortgage broker SPF Private Clients, Mark Harris told us that, “While first-time buyers have been a key driver of the market last year, we expect the remortgaging market to be strong over the next 12 months with borrowers not so much fearing a rate rise but enticed by some of the astonishingly cheap deals now available.”

Additionally, 24 Dash reports that Mr. Harris expects lending in the region of £215 bn for 2015. Harris said that, “With this month’s minutes from the Monetary Policy Committee revealing that the bank of England’s two hawks have dropped their calls for an interest rate rise, it seems unlikely that we will see rates go up this year, or even the next.”

As lenders gear up for the upcoming year, these cheaper rates should properly business for some time with experts like Adrian Anderson advising that, “…borrowers holding off and waiting for [mortgage] rates to fall further might want to consider securing a rate now.”

A last prediction for 2015 has some good news for those seeking loans, but don’t meet lenders’ criteria, Financial Times announced that RBS, the Royal Bank of Scotland, intends to partner with peer to peer lending practices online. This will give them a way to direct customers with credit issues or lack of collateral to other sources of funding. Another interesting turn that could have implications on the world of lending in the year to come.