Home
Your Property
Generation Rent: gardening without a garden
Prev Article Next Article

Do you think it is possible that you will be paying off a mortgage one day or are you destined to live under a landlord forever? It would be nice to at least have the choice but for many there is only one option…

We have become known as ‘generation rent’ – with our capital city expected to be a nation of renters by 2025. Despite government initiatives to help us get our feet on the first rung of the property ladder, in eight years’ time only 40% of those living in the city will own a home – this is a reversal of 2000 when 60% owned a home. 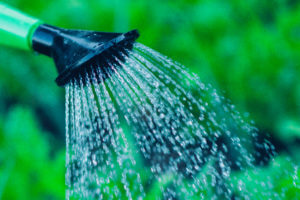 A new report by consumer body Which? found that home buying ranks as one of the top three concerns for half of 18 to 34 year olds. However, a report by the National Housing Federation has shown that to purchase the average London property by 2021, you need to be putting away £2,300 a month – that is more than the entire take home pay of someone on the city’s median salary of £34,000.

The high costs of living in the city means that even people earning double the average may struggle – it is estimated that potential buyers would need an income of £130,000 to even consider buying here.

Meanwhile, millennials are spending £53k on rent by the time they hit 30, £44k more than their parent’s generation. The £44k extra paid by these youngsters is higher than the £33K average deposit that the first-time buyer will need to get on the property ladder.

That, coupled with stagnant wages, means owning a home and therefore a garden is, for many, a dream that will never come true. In fact, only around 42% of millennials manage to become homeowners by the age of 30 – whereas 63% of ‘baby boomers’ already owned a home by that age.

This has caused a divide with the older generation saying that the youth of today have no interest in gardening. But, their argument; they simply don’t have the garden to work in. 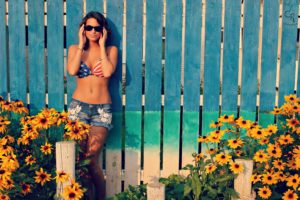 23 year old Alexia Antoniou is one of the many millennials who would love to be able to work in her garden but is stuck in rented accommodation without access to one. She has been renting a small, one bedroom flat with her boyfriend in East London for the last four months and explains why they chose to rent: “I was living at my parents’ home and my boyfriend was living at his parents’ home. We have been together for years so living at home and in different houses felt like a step backwards in our relationship. Also, the commute from our parents’ homes into west London was two hours each way.”

Since moving, her commute is just 40 minutes, but she hopes she won’t be renting for too long. She explains: “We have had a joint savings account for years and we are saving slowly but surely for a deposit on a small house. This is obviously a struggle when we are paying £1,100 a month on rent. We hope that it will be possible, but we know we need around £35k – 45k for a deposit.”

As well as wanting to get on the property ladder, Alexia would love a garden of her own: “A garden is very important,” she says. “We are homebods so would be amazing to have a garden to get some fresh air. I am also a keen gardener so would be nice to put some plants out and grow some veg.”

However, Alexia explains that finding a house with a garden is difficult when you are renting, unless you are willing to pay hundreds of pounds on top of the already extortionate monthly costs. Although when it comes to buying, she said: “I would be happy to wait to find the most perfect outside space… There is nothing like growing your own food directly from your garden. When I lived at my parents before I moved out I grew so many tomatoes and carrots. They were so delicious and fresh. I love making things and growing things!”

She added: “I wish I could afford an allotment… but they are really expensive and there are hardly any in London.” 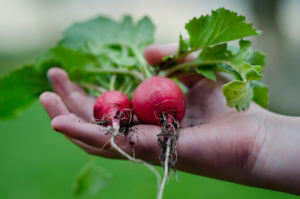 But while she waits for her garden Alexia is doing what she can in the flat. “I have plant tops that hang over the balcony and I grow herbs on the window ledge. It isn’t really working out though. The tomatoes are out growing their pot!”

On gardening inside she said: “If you buy all the correct utensils I believe it can be done. But I can’t wait to have a patch of garden where I can plant my own flowers and grow my own veg from the ground… without them being in a pot!”

With mental health issues on the rise among young people it is more important than ever before to embrace gardening. Living pay check to pay check, watching your money disappearing on rent or being unable to leave your parents’ home, can have a detrimental effect but pottering around a garden can provide some much needed calm.

The Royal Horticultural Society understand the frustration of youngsters who are desperate to plant and prune but simply don’t have anywhere to do it. As well as numerous groups and awards all aimed at young people, they also promote ways of gardening when you don’t have a garden, at their summer flower shows.

At the Chatsworth House Flower Show in June this year there will be a display of Tanya Batkin’s ‘Moveable Feast Garden’ – the aim of it is to show young couples of ‘generation rent’ to grow beautiful ornamentals and tasty edibles at home.

After this is their summer garden show, which plans to ‘inspire you to grow, even if you only have space for one houseplant.’ The show featured popular plants that are easy to keep and require little maintenance as well as seminars on how plants can be used in urban settings.

Meanwhile at Chelsea Flower Show, Jo Peel’s 13m-long and 4m-tall urban street art installation is created in jigsaw-like sections, representing a typical cityscape of high-rises and apartments crowding around an urban garden. The installation is displayed in the ‘Greening Grey Britain’ exhibit, which aims to show how plants and nature are more important than ever for our towns and cities. “As the work progressed, the idea of nature coming back and taking its place in the urban landscape became a theme,” says Jo, speaking in The i Paper. 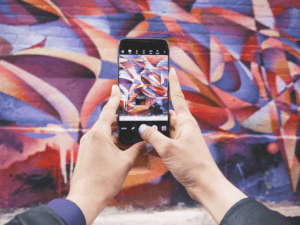 Professor Dunnett, who is holding the exhibition, commented: “Gardens and plants are no longer an optional and decorative ‘nice-to-have’, they’re essential. With pollution levels dangerously high in cities like London… we need to all embrace the fact that plants help mitigate against some of the biggest environmental threats facing us today.”

The exhibit provides ideas for using balconies and exterior walls for plants and flowers as well as featuring plants that soak up pollution.

Gardening is imperative to our health, both physically and mentally and creating a place of peace and tranquility becomes even more important when you have to fight the sea of tourist, beeping horns and exhaust fumes to get to your front door. Plus, plants can purify the air which is particularly important when you are breathing in “dirty air” – as London mayor Sadiq Khan referred to it.

Adrian Nind, Managing Director of online gardening experts Bakker, understands the issues facing the youth of today when it comes to gardening but explains there are ways around it. “Gardening may not be as easy when you don’t have a garden, but it isn’t impossible. There are plenty of ways to create a green space and enjoy the benefits of gardening within even the smallest of homes.”

Bakker’s top tip for urban dwellers is vertical gardening – create a herb or succulent wall, hang rows of bottles to grow the plants in or pile up the pots using grid wire.

So, if you aren’t already growing veg on your windowsill, filling your spare space with succulents, or displaying pretty, brightly-coloured flowers in each room – why not give it a go? You might find that you enjoy it and perfect skills you will require when you do have a garden of your own.