Home
Mortgage
Real Estate: How Can You Get a Jumbo Mortgage?
Prev Article Next Article 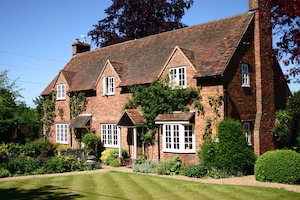 Getting a Jumbo Mortgage

Currently in most areas of the United States the conforming loan limit is about $417,000.

In the UK, the conforming loan limit is four and a half times the size of an individual’s average yearly income.

That means for the individual who makes £50,000 every year, their consumer mortgage conforming loan limit is about £225,000–which works out to a little more than the American limit, when one brings the exchange rate into the equation. But here’s the thing about jumbo mortgages: they can exceed such conforming loan limits.

Now one thing to consider with a jumbo loan is that in general they’re going to have higher interest rates, since the loan itself is usually going to be above a figure like £225,000, and the numbers compound the higher they get.

Usually, because of this, financing of a jumbo loan is going to come through an organisation that is not backed by the government. Because of this, jumbo loans are often available to borrowers who haven’t got the best credit, or are fenced-in by other financial restrictions. Which can be a real blessing for the individual that actually has the capacity to pay such a loan back, but can be a nightmare to the person who doesn’t actually have the means at hand?

But jumbo loans are increasingly available as the economy trembles, so for the individual that goes through the right international agency, it’s possible to acquire such loans even if credit isn’t as high as it should be.

Many who can’t qualify for adjustable rate mortgages or fixed rate mortgages, but still require a higher limit, will go the jumbo loan route. Consider, though, that a jumbo loan mortgage taken out by an individual who doesn’t actually have the means to pay the higher interest rate on the larger loan is more likely to end in foreclosure.

With all that being taken into account, the best way to acquire a jumbo loan is through an agency that isn’t sanctioned by the government, and so doesn’t have to accede to their rubric of lending.

Usually such agencies have an international aspect to them, and aren’t based in the country that someone is resident to. One such organisation is WIRE. Check out WIRE Consulting’s Real Estate Website for testimonials and in depth exploration of the Jumbo loan option.

WIRE stands for Worldwide Investment in Real Estate, and they mean it.

There are offices which virtually circumnavigate the globe, and international properties across the board. Jumbo loans are great ways to acquire and pay off properties that would regularly be without the realm of possibility for the prospective borrower.

They certainly have their dangerous aspect, but they also have that “loophole” aspect to them. They’re a way to get what is wanted without having to jump through traditional hoops. The difference is, jumbo loan hoops come with higher stakes. While they are certainly ideal for investors and well-to-do individuals harboring enough money to regularly pay off such properties, the increased interest rate does make acquiring a jumbo loan daunting to the individual whose credit isn’t what it could be.

Still, if a large down payment is possible, it’s just conceivable that the jumbo loan could end up saving individual money in the long run, once the property is acquired and either refurbished or liquidated–or lived in! In the end, what someone does with their own property is their own business. WIRE offers jumbo loan solutions.