Home
Your Business
Business Finance
How to Protect Your Business Against A Recession – Ways to Invest?
Prev Article Next Article

While the coronavirus may now be in remission in various locations across the globe, it also continues to spread in North and Central America. In Europe and the UK, however, it’s the socio-economic impact of the pandemic that is beginning to take its toll, with Britain’s economy expected to slump by 11.5% in 2020 alone. 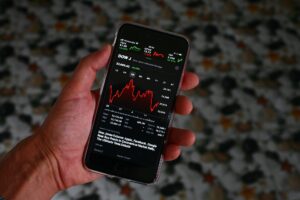 Globally, the ensuing recession is expected to represent the steepest economic downturn since the Great Depression of the 1930s, leaving businesses throughout the world facing huge challenges if they’re to survive.

But how can such firms protect themselves against a recession, and what role could investment play in this endeavour? Let’s find out.

What Will a Post-Covid Recession Look Like in the UK?

During Boris Johnson’s latest address to the nation, it was announced that all shops will be allowed to reopen on June 15th. This is the latest part of a three-stage plan to ease lockdown measures in the UK and begin the arduous process of repairing the damaged economy.

We’ve already touched on the potential extent of the economic decline that will unfold during 2020, with some forecasts suggesting that the UK’s GDP could actually fall by as much as 14% by the end of the year.

According to the Organisation for Economic Cooperation and Development (OECD), the UK is poised to endure the worst recession amongst the world’s 37 richest nations, including similarly affected countries like Italy, Spain and France. 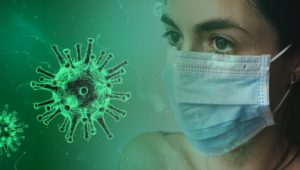 This has much to do with the fact that the UK has recorded the second highest death tally of 41,128 (at the latest count), while sectors such as aviation and retail have been particularly badly hit. Of course, brick-and-mortar retail was already in decline prior to 2020, with the high street suffering in the face of reduced spending and the rise of ecommerce.

Of course, it’s also estimated that one-in-ten UK workers has been rendered unemployed by the Covid-19 outbreak, with the pandemic having caused consumer spending and confidence to shrink markedly during the first two quarters.

It will take time for such confidence to be restored in Britain, as individual households also begin to count the cost of unemployment and reduced income streams.

Is Investment the Best Way to Prepare for a Recession – If so How?

They say that you have to speculate to accumulate, and this may well help businesses to creating an additional revenue stream that can sustain them during a harsh recession.

While this may seem counter-intuitive during the depths of a recession, it can be highly effective when done responsibly, so long as you seek out expert advice where necessary and make genuinely informed decisions. 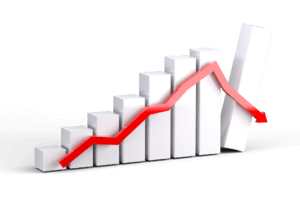 In this respect, one of the best options is to access a targeted and diverse range of assets that are overseen by expert fund managers, through entities such as Downing.

There are multiple funds that can be accessed through this method, with variable melds of micro, small and large-cap stocks enabling investors to tailor their portfolio to suit their expectations.

For example, large-cap equities can be targeted by risk averse businesses to build sustainable gains over time.

Conversely, emerging micro and small cap stocks incur greater risk but also offer huge growth potential, while they may also be undervalued when they represent companies at the start-up stage of their development.