Christmas is fast approaching, but don’t worry! There’s plenty of ways you can start preparing your finances in time for the holidays. As tempting as it is to just throw everything on the credit card, doing so will leave you with a nasty bill in the New Year! 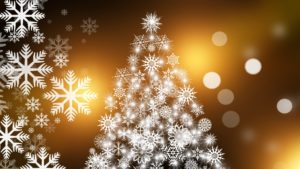 So, to help ensure Christmas doesn’t put a huge strain on your wallet, below you’ll discover how to prepare your finances in time for the festive season.

One of the best ways to cut your Christmas budget down is to take advantage of sales. In the leadup to Christmas, many companies start offering great deals on gifts and Christmas food.

Amazon’s Black Friday is potentially the biggest sale in the lead-up to Christmas, offering staggering discounts on thousands of products. This year, the company’s Black Friday falls on November 23rd, so get saving to take advantage of the sale and stock up on cheap Christmas gifts.

Set a price limit on gifts

Speaking of gifts, it helps to have a rough idea of how much you’re going to be spending. Many families have started to make agreements that they’ll only spend a certain amount per person. This can work really well as it lifts a lot of the pressure of trying to find the perfect, most expensive gift you can afford. 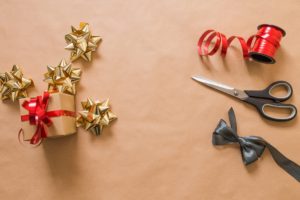 You could even agree with certain members of the family that you won’t buy presents for each other this year. Instead, you could simply buy for the kids.

A unique money-saving tip in the lead-up to Christmas is to quit smoking. Not only will this save you a small fortune which you can then spend on the festivities, but it will also help you to get much healthier.

If you don’t think you could go cold turkey, or you aren’t a fan of the nicotine patches, why not try vaping instead? You can buy vaping equipment from stores like VIP, and it works much like smoking does. Using flavoured nicotine liquids, the e-cigs convert the liquid into vapour for a realistic smoking experience. However, they contain very small amounts of nicotine and don’t have half as many of the chemicals as tobacco does.

If you’re looking to make a little extra cash, why not sell off your unused items? Using auction sites such as eBay, you can sell practically anything. Whether it’s used clothing, DVDs, unwanted gifts from last Christmas – you’re sure to make some extra money which can go towards the cost of Christmas.

Start to stock up early

Rather than doing all of your Christmas shopping in one go, why not start to stock up early? It may not seem like it, but this can actually save you a lot of money in the lead up to Christmas. That’s because when you’ve already got most things early on, you won’t be tempted to pay above-average prices in a last-minute rush. It’s also much easier to afford to start getting supplies in early, rather than having to pay a large lump sum in December.

The above is just some of the ways you can start preparing your finances for Christmas. Remember, the earlier you start, the more money you’re going to save.