The Pound has rallied against the US Dollar and Euro today as Theresa May begins talks with the DUP to carve out a working relationship to establish a majority in the House of Commons.

The fact that a softer Brexit now seems on the cards is giving Sterling investors cause for hope that this will exert less impact on the economy, when compared to the hard Brexit proposed by the Conservatives in their manifesto. 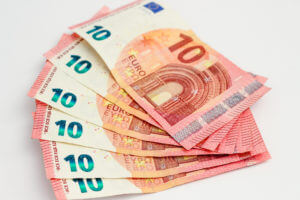 Todays unexpected rise in the UK inflation rate to 2.7%, would under more normal circumstances, force the Bank of England to raise interest rates, which would be beneficial to the strength of the Pound.

Howver, although the Bank of England has set its inflation target at 2.0%, todays inflation announcement is unlikely to result in an interest rate hike as that would further undermine the economy which is already reeling from the General Election and Brexit uncertainties.

Although the Pound to US Dollar exchange rate has strengthened slightly today, it slumped towards two-month lows yesterday, depreciating by another cent, as traders remained in the dark regarding Britain’s political and economic future.

Conversely, if Amererican inflation levels fail to rise above the 2% target, when they are announced this week, this may prevent the Fed from adjusting interest rates upwards, which would be bullish for the Pound.

Although the Pound to Euro exchange rate has also risen today, it dropped to its worst levels since November during Monday’s session due to uncertainty in UK markets.

Demand for the Euro was boosted on Monday as investors reacted to the results of France’s parliamentary elections. The first round of the legislative elections took place on Sunday, with the second round set for this coming Sunday.