The Pound continues to weaken against the Euro and US Dollar today as a double whammy of Brexit worries and the comments by Mark Carney during the Mansion House speech last night, exposes the fragility of the UK economy.

As Brexit talks began yesterday, the Pound has continued its decline against the Euro and US Dollar. Although the beginning of the talks went by innocuously enough, traders remain sceptical of the minority Tory government’s ability to clinch a good deal for Britain. 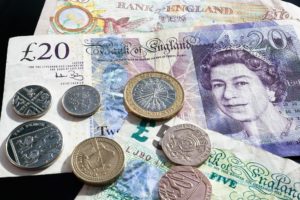 Markets believe that without the strong mandate sought when the snap election was called, the government may have to settle for a post-Brexit trade deal on the EU’s terms.

During his Mansion House speech, Mark Carney, governor of the Bank of England, stated that it is not the right time to increase interest rates with weak wage growth and falling consumer demand pointing to a slowing economy.

Rising inflation is almost certainly due to the weak Pound driving up the price of imported goods rather than underlying inflationary pressures caused by high wage demands and excessive consumer consumption.

The Pound vs The US Dollar

It has not just been concerns about the UK economy that is deterring Sterling investors. The US Dollar has put in a sturdy performance across the board, aided by hawkish comments from New York Federal Reserve President William Dudley, who suggested that US inflation and wage growth were both likely to rebound in the medium term.

“Inflation is a little lower than what we would like”, said Dudley, “but we think that if the labour market continues to tighten, wages will gradually pick up and with that, inflation will gradually get back to 2.0%”.

Dudley’s remarks supported the US Dollar because they appeared to signal that the US central bank intends to continue its hiking cycle, despite the recent onset of a few underwhelming domestic data prints.

The Pound vs The Euro

The Pound has resumed its long term devaluation against the Euro.

The fact that the Bank of England governor has dashed hopes of an imminent rise in interest rates is further undermining the Pound today.

This view on interest rates is supported by the fact that hawkish Bank of England policy-maker Kristin Forbes has been replaced by London School of Economics professor Silvana Tenreyro. Forbes was one of the three BoE officials who voted for higher rates in June, but Tenreyro is thought to be less keen on tightening policy.

The LSE professor is an outspoken critic of Brexit and has argued for negative interest rates in the past, which suggests she may not join be ready to join the hawks at this juncture.