In its ‘Ending Expensive Social Housing Tenancies’ report the Policy Exchange think tank is recommending councils sell off their above averagely priced social properties and re-invest the money freed up in cheaper social housing. The think tank argues that social tenants deserve a roof over their head, just not one that is better than what most people can afford. 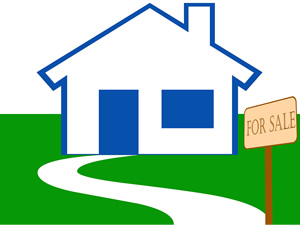 According to their calculations selling the top social homes would raise a whopping £4.5bn per year.

This money could then be spent building 80,000 to 170,000 new and cheaper, homes, while at the same time providing the country with building jobs. Of course, the top housing cannot be sold until vacant.

With an average of 3.5% of the most expensive social homes becoming vacant every year due to tenants moving or passing away we won’t see a big run on removal companies in Glasgow or Dagenham all of a sudden.

The report has met with mixed responses. Minister of housing Grant Shapps called the report’s conclusion ‘blindingly obvious’, while the National Housing Federation warned against the policy becoming a social cleansing.

The think tank calculated that expensive social housing (defined as housing that is worth more than the average property worth in its region) takes up 21.8% of the total social housing stock in the UK.

With a total of 3.78 million social homes this equates to 816,000 properties. These could raise up to £159bn if sold, according to the think tank.

With 28,500 properties becoming vacant each year, this would lead to a yearly yield of £5.5bn for the government – a figure that would stand at £4.5bn after paying off the debt held against the stock, according to the report.

Policy Exchange went on to state that the move would be extremely popular with a large part of society, including social tenants themselves, claiming that 72% of people feel that social housing should not be better than the average property in the country.

They reasoned that by selling the top social housing and replacing them with more, cheaper property the waiting list for housing will become shorter, which in turn would raises the standards of living for social tenants.

The National Housing Federation however warns that this policy might lead to “social cleansing”. They fear that by moving the least well-off families out of expensive streets this might lead to the creation of new ghettos.