Even though gambling is a form of entertainment, it is also a learning curve. When you first start to gamble, the experience can seem a little intimidating. However, you can learn things about yourself and also about gambling in general, as you go along. Whether it’s how to read an opponent at a Poker table or the various terminologies used in regards to different types of gambling, all the knowledge that is gained can be useful to you as a punter in time. 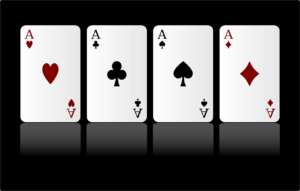 If it isn’t enough that you have to learn all the different terms that have developed within different forms of gambling, if you are a globe-trotting gambler, then you will encounter, yet more terms that are unique to certain countries in the world – check out top10slotgames.com.

One of the most popular terms which gamblers from the northern hemisphere encounter when heading down south is the term ‘pokies.’ This is local slang commonly found in Australian and New Zealand culture and it refers to what the rest of the world calls slots. New Zealanders in particular, refer to all slots as pokies.

However, it is important to understand that pokies are not a unique twist on slot games that can only be played in Australia or New Zealand, as the term does in fact refer to the standard slot games that are played all around the world. If you find yourself in these countries and visiting land-based casinos, then it’s best to use this term so other players and casino staff can understand what you are talking about.

It is thought that the term ‘pokies’ originated from the popular table game of Poker. The game of Poker pre-dates slots and has been played as far back as 1829. However, the origins of Poker can be traced even further back to 10th century China. Australians like abbreviating words and it is thought that pokies come from the shortening of the term Poker machine. It is also thought that during the 1900s when Australian casinos started to become popular, among the very first games to capture the public’s imagination was a Poker machine. 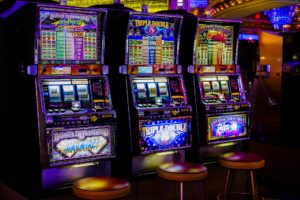 Now the term ‘pokie’ refers to all gambling machines including slots and video Poker games. Even here in the United Kingdom slots are also known by other names such as Fruit Machines, this refers to the traditional and now retro games that use three reels and fruit symbols. One-armed bandit is another common term for more traditional old-fashioned slot machines. Even the Scots have their own phrase for slots and here they are known as ‘puggys.’

Gambling is far more than just betting on results of sporting occasions or the outcome of a spin, it is also about understanding the history and the culture that comes with it. Certain types of gambling develop their own language and phrases and learning them makes communicating with fellow gamblers far easier and it also helps you connect with others. Whether it’s pokies or slots, we all have one common goal and that is to survive in the world of gambling.