Home
Loans
Personal Loan or Credit Card: Which is the Best For You
Prev Article Next Article

There will come a time when you will have to take on debt. For most people, that time comes when they want to buy a home. However, before that, you might have to use a credit card or another debt option to pay for something. When that time comes, you have the choice between a personal loan or using credit cards. Which option is the best? 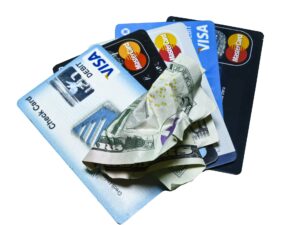 There are a lot of things you need to consider, and you won’t know the right answer until you have done an extremely detailed analysis where you weigh all the pros and cons.

Getting into debt is a huge decision. It is such a major part of our modern society that we don’t think about it now. However, it is actually something we need to be thinking about. The biggest thing is that the debt will come at a cost. The interest payments you have to make could potentially weigh you down. There are also many bad credit loans out there, and you need to know how to navigate the industry.

As mentioned above, the biggest reason you don’t want to get into debt is that it carries many pitfalls. You won’t be free anymore. The majority of the money you make will have to go to someone in the form of a monthly interest payment. You might also even have your debt go up each month, which can happen with credit card payments. Being able to manage that debt is crucial to your success in the financial world. However, there are various levels of debt, and one of the worst ones comes from credit cards.

Credit card debt is something that most people have, but it is actually one of the highest interest rate forms of debt you can take on. If you don’t know what you’re doing, credit card debt could put you in a tailspin where you keep paying, but the money you owe keeps going up. 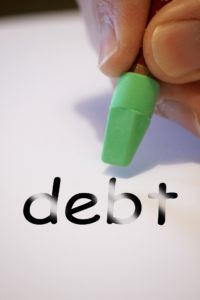 With that being said, are there any benefits of debt? The reality is that there are a few small benefits of having debt. Your FICO score is based on you being in debt. You can’t get a score without any debt, and that is one of the biggest things that people use to judge whether you are creditworthy or not. This is the score you use when you need to go and buy a house.

The other benefit is you can do more with your money if you invest what you have borrowed. For example, if you can borrow at 2% interest, you will be in a good place to invest that money and have a 5% profit margin. This type of arbitrage is popular in the investing industry.

Getting a Personal Loan

A personal loan is different than using a credit card. It is usually a lump sum that you get once. You then have to pay it off over time. The other benefit is that it has a much lower interest rate than a credit card. However, you will rarely be able to borrow a small amount of money. It is usually going to be a lot more than you would with a credit card. That leads to some problems that might trouble you in the future. You also have the option of finding bad credit loans that leave you worse off than before.

Credit cards work in the opposite way when compared to personal loans. It works by starting at zero and allowing you to spend as much as you want within a certain limit. At the end of the month, you now have to pay interest on an annualized rate of whatever you still owe. However, the interest rate is usually around 20%. This is a lot higher than many other forms of debt, so most people want to avoid credit cards. However, many people don’t really have a choice and end up spending with a credit card because they can’t afford something else. The choice you make will depend on your current situation.

Which Version is Right for You?

Which version is right for you? The main thing you have to look at is how much money you are trying to borrow. If it’s a small amount, a credit card would be the optimum choice. That is also true if you don’t know exactly how much you need. You’ll be able to buy the stuff you need on the credit card, and then you can continue to pay back over time. However, one thing you need to know is that a credit card is still going to bring a lot of problems in the long run. 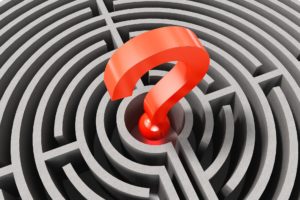 Finding the Option You Chose?

It is not enough to find the right option for your needs. You also need to apply and get approved for the credit. If you can avoid the bad credit loans out there, then you are going to end up better off than most people. However, the critical thing for you to do is to compare the various options and go with a lender that has great reviews. You also need to check the fine print for what the interest rate will be. This is often the most important part of the process that most people ignore.

Paying Off Your Debt

Paying off the debt is another matter. Most people end up paying the minimum monthly payments and getting stuck with the debt for years. However, it is important for you to choose a method and stick to it. For example, there is a method called the debt snowball. This is where you focus on the lowest credit card debt first and then work your way up. You pay off one debt at a time, and you don’t worry about the interest rate you are paying. The creator says that this is because debt repayment is more about psychology than actual mathematics.

Avoiding a bad credit loan will help you more than finding a good one. When choosing between a personal loan and a credit card, the choice is easy, but there are certain caveats that you need to research and understand.