Thousands of people in the UK are turning to payday loans as they struggle to pay for household bills and daily necessities. But it can be too easy for some individuals to receive money from payday lenders. The ability to easily access loans without the correct information regarding repayments, or without the lender confirming whether consumers are suitable for loans, has caused an increase in payday loan claims. The increase in payday loan claims is one of the reasons for Wonga’s recent collapse into administration. The company saw a dramatic rise in claims, resulting in thousands of refunds to customers. In 2016-2017, payday loan claims to the Financial Ombudsman Service (FOS) increased to over 10,000. To put this in perspective, in the previous financial year there had been approximately 3,500 claims. Effective claims management software has enabled claims companies to process a large volume of claims on behalf of clients.

There is little doubt that the UK is facing a debt crisis: personal insolvencies are increasing and the financial implications of Brexit are not yet certain. As such, the need for payday loans will remain stable, potentially leading to more cases of mis-selling.

Arnold Schwarzenegger’s robotic head is reminding us all that we need to check for any mis-sold PPI before August 2019. The deadline, imposed by the Financial Conduct Authority, is getting closer and the banks are processing a large number of claims. Lloyds is dealing with 13,000 PPI claims a week, 2,000 more than its projection. But, with the deadline looming, the banks will soon be let off the hook. 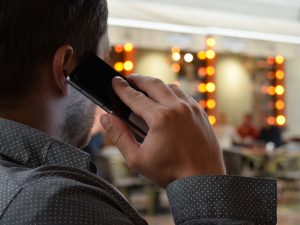 However, PPI claim companies, many of which only came into existence because of the mass mis-selling, will be out of business. What will these businesses do next August? Will payday loan claims be next?

Payday loan claims could be a good guarantee for claims businesses, along with self-invested personal pension (SIPP), which is also gaining traction. These companies will need a new type of claim to process and, with the potential for thousands of mis-sold payday loans, this might be it.

How are Payday Loan Claims Processed?

Payday loan claims were mis-sold if the person could not make the repayments. In other words, a loan should only have been taken out if a consumer could afford to repay the loan company with the interest. However, many consumers had to take out additional payday loans to pay for the initial loan. This spiral effect is how many consumers become indebted to these companies.

Many payday lenders did not conduct the appropriate checks to ensure that customers could repay, hence why many people are now making claims. 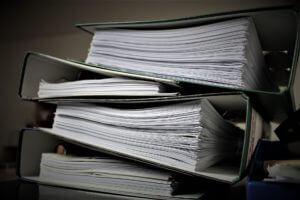 Claims companies dealing with payday loan or PPI claims will use claims management software to record all the information concerning each case. This will include details of the individual making the claim, evidence of the PPI or payday loan and why it was not suitable for them.

The best software has features including automated follow-ups to banks and lenders, as well as the ability to send updates to the customer on the status of their claim. The most successful claims companies are using this software to keep on top of the high number of claims. As PPI claims companies are familiar with how the software works, as well as the claims management process, it’s likely that they will switch to handling payday loan claims when the curtain closes on PPI. With the deadline now ten months away, it’s possible that some companies will begin handling payday loan claims before the deadline arrives.

Whether PPI or a payday loan, consumers should act now to find out if they are eligible for any form of a refund. The payout can be substantial and beneficial for many households.