Home
Managing Money
Which Parts of the Brexit Process Are Still a Gamble?
Prev Article Next Article

When the UK’s citizens awoke on 24 June 2016 to the news that the UK had decided to leave the EU, few suspected that it would still be a member come the end of 2019. However, Prime Minister Boris Johnson plans to bring that membership to an abrupt end, with his Withdrawal Agreement Bill, passed in December 2019 thanks to his strengthened majority government, ruling out any extension to the agreed transition period (which ends on 31 December 2020). 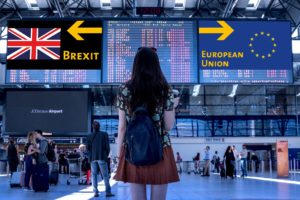 It seems all but certain now that the UK will formally cease to be a member of the EU on 31 January 2020. Those looking to bet on the Brexit leave date will find very short odds indeed. A wager of £1,000 (at the time of writing) would result in a profit of just £20 if the UK leaves the EU between January and June 2020.

That same £1,000, bet on the UK leaving between July and December 2020, would generate a profit of £999,000. Clearly, the bookies believe that the Withdrawal Bill Agreement has bound the government sufficiently to ‘getting Brexit done’ in the early part of the year.

However, what will be interesting to see are the odds available for the UK having negotiated the trade deals that it needs by the end of 2020 – and how those odds change as the year progresses. After its departure from the bloc at the end of January, the UK will have 11 months to negotiate and agree trade deals with countries around the world, as well as with the EU itself. 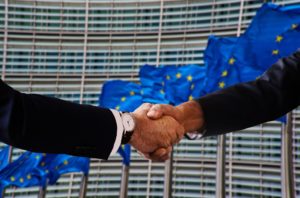 Given that it has taken over 2.5 years for the UK to actually leave the EU, this timeframe seems a tad ambitious. Time will tell, of course, but it’s not unreasonable to assume that the odds of a hard Brexit taking place will shorten over the course of 2020.

Interestingly, the prospect of a hard Brexit and the negotiations that the UK will need to conduct if it is to avoid this are likely to increase the need for a significant UK presence in Brussels. Whichever way you look at it, 2020 is going to be a tough year for the UK’s negotiation teams.

The Brexit process has certainly given bettors plenty to work with since that fateful day back in summer 2016. Three elections within five years (all with Brexit playing a significant role), a host of changes to the expected leave date, the defeat of numerous attempts at a withdrawal agreement… all of these have presented interesting (and profitable) opportunities for those who were able to correctly identify which way the wind was blowing.

With a majority government now firmly in place, Boris Johnson has set the scene domestically to do all he can to leave the EU on his terms. What remains to be seen is how able he is to broker the kind of trade deal that he wants within a very limited timescale. No doubt gamblers up and down the UK are already making up their minds about his chances of success.