Home
Debt
What are my rights if my spouse goes bankrupt during or after a divorce?
Prev Article Next Article

You may have seen in the news recently the story of the Youngs – that is, Scot and Michelle Young – who are going through a bitter divorce battle involving Scot Young, (a former multi-millionaire property developer) declaring he has gone bankrupt while his ex-wife Michelle struggles to prove otherwise and get the money she needs to raise her two children. 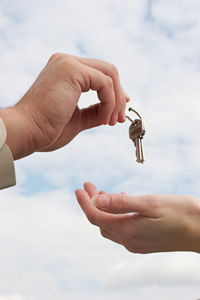 Of course, not all of us are married to millionaires but the issue of personal insolvency is all the same one which increasing numbers of us are having to deal with.

And if this happens during, or after a divorce, how does it affect the financial rights of the person who hasn’t gone bankrupt – but nevertheless relies on income from the now bankrupt source?

This article will refer to a husband who declares bankruptcy but of course it is equally applicable the other way around. Either way, often the first the unwitting spouse learns of the position is the arrival of a bailiff to take possessions. Quite probably the wife’s husband has been intercepting the mail, hiding the demands, and hoping “something will turn up.”

These events break up marriages, but issuing divorce proceedings and seeking a financial settlement will not enable the wife to simply cut herself clear of the wreckage. Her rights as a divorcing or divorced spouse take second place to the rights of the creditors, to whom the husband owes money. The husband’s estate will be vested in a trustee for bankruptcy, whose job it will be to get in the assets, sell the property, and pay out in proportion to the various creditors.

Often where one partner is sliding into bankruptcy, they try to rapidly conclude a settlement with their other half to ensure that at least the other is looked after. However, transactions designed to favour one creditor over another are deemed a “preference” and are invalid. The person who received the preference has to share with the other creditors. In exceptional cases it may be possible to show that the transaction was not a preference, but it is difficult.

If the bankruptcy does not happen for six months, however, the preference provisions fall away. Instead the trustee’s attention will focus on whether the settlement can be said to have amounted to a “transaction at under value.” i.e. selling at an artificially lower price. Surrender of a wife’s claims arising from a divorce can represent full value for a transaction. Nevertheless, the trustee certainly will contest it.

If the home is solely in the husband’s name, the wife is in a fairly desperate position. The trustee must allow her one year’s occupation, but at the end of that time can take possession of the property to sell it. The wife may be able to assert that she made a contribution to the property, and that while it was in her husband’s name, in reality he held one-half on trust for her.

If the property was in joint names, then the wife keeps her half. The home will be sold in due course, but at least half can be pulled from the wreckage.

A bankrupt can receive a level of income necessary for meeting “the reasonable domestic needs” of himself and his family. Therefore, some maintenance can be made available, even though it will be less than the prior standard of living that the family enjoyed.

If the husband deliberately understated his assets in order to appear insolvent in order to defeat his wife’s claim, the court has power to annul the bankruptcy order if it is satisfied that the order ought not have been made. That involves the wife having to establish that the husband’s assets exceeded his liabilities which can be costly and time-consuming.

Individual voluntary arrangements are a popular alternative to bankruptcy. In that case the wife should be a full participant. She will be involved in a three handed negotiation with her husband and the other creditors, but it may well be a better and more certain outcome than being subject to the rigours of bankruptcy law.

It is recommended that any individual who finds themselves in this situation seeks expert advice as soon as possible, in order to try and secure the best outcome.

Do you want to be a guest writer for MoneyHighStreet.com?

If so we’d love to hear from you. Please contact us and let us know a bit more about how you feel you could contribute to our personal finance related site – that’s becoming ever more popular. We look forward to hearing from you.